Sixteen-year-old Harry Khouri is currently living in the Netherlands and competing in the German IDM Supersport 300 class, riding a Kawasaki Ninja 400 for the Benjan Racing Team. He is the only Australian on the grid and walked away from the first round at Assen with a victory in race two and a DNF in race one after a small crash. Last year the ASBK Supersport 300 front runner had his first experience in the IDM paddock, taking a stunning podium after qualifying in sixth. After dominating the only Supersport 300 ASBK round held this year with a brutal clean sweep, in this catch up Khouri gives us an insight into living and competing in Europe during the COVID-19 era. 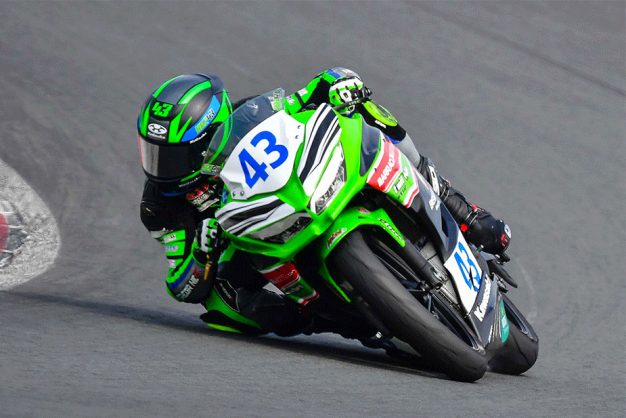 That was great to watch at the last round, a really confident display especially in the second race. Assen looks a really tricky circuit to be properly fast on a 300 – how did you feel afterwards?

I was amazed at how fast some of the corners were and how early the other riders were getting on the throttle, because it looks so tight. I’d get on the throttle where I thought I needed to, and they would already be half a second to a second down the road already. I remember thinking, ‘I actually don’t know how I’m going to be able to go fast enough here’, because it’s that fast! It’s an  incredible feeling to go around corners that fast.

There seems to be a core group of fast young riders in the IDM, how does that group compare to the ASBK 300 grid?

I think the competition is a little bit higher, but it’s not out of reach. The difference I’ve noticed here is that the riders work more together during races here than in Australia. There’s a lot dive bombing and passing at every opportunity in ASBK. Over here there is still a lot of passing, but not in a way that you are balking one another. We tested at Sachsenring the week prior to the Assen round, I wasn’t confident I’d be winning at Assen but I was hoping I would be up the front after the podium last year. In the second race I was still really nervous at the corner I crashed at. Actually, I was a bit nervous the whole race because I was so aware that I had no points on the board! Usually I don’t feel nervous, I normally feel really comfortable on the bike and try not to make any mistakes.

You crashed out of race one after looking very strong, any ideas what went wrong?

I made the mistake at the end of the previous lap where I exceeded track limits, so I sat back a little bit so I didn’t get penalised. Then the rider in first had a little bit of a gap and I tried to make that up in one lap – when I had five laps to go. I pushed just a little bit too hard with too much lean angle and it was all over! 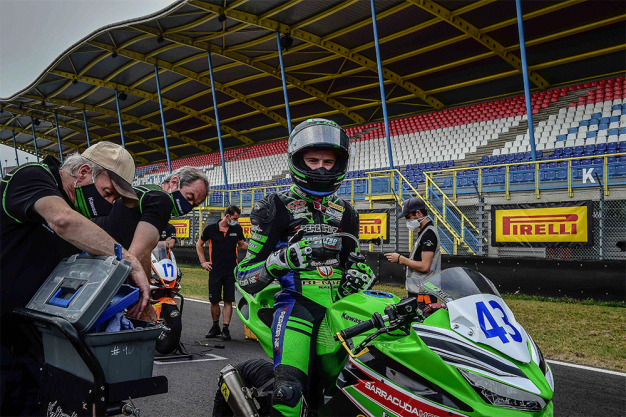 When you’re piecing together a strong lap at Assen, how far do you have to think ahead?

The problem with Assen is that if you stuff up in any one corner, that leads to the next three or four corners and then you’ve ruined your whole lap, basically. You’ve really got to link every part of the track perfectly to get a decent lap.

What about the IDM rules to help with bike parity in the 300 class? There is a good selection of Kawasaki, Yamaha and even KTM’s on the grid…

Tyres are exactly the same, but the bikes are World Supersport 300 spec. I think the Yamaha’s are allowed to do a bit more to their bikes to make it more even. There is a minimum weight for bike and rider, but feeling wise there is not a lot of difference. Speed wise we are maybe 10 to 15 kilometres an hour quicker, and that’s due to the extra parts we are allowed to fit to the bike.

How are you enjoying life in the Netherlands? Are things very different to last year now we have COVID-19 to deal with?

A lot of the time I am going cycling or paddling on a kayak. We live on the waterfront on a little river in the north of the Netherlands. The whole of Europe is a little bit weird this time around because there are still restrictions due to COVID-19, so a lot of the tourist type things are shut down. You’re allowed to walk around the streets and go about your daily routine, it’s just the sightseeing that is mainly affected.