Rea back on the top step at MotorLand Aragon WorldSBK 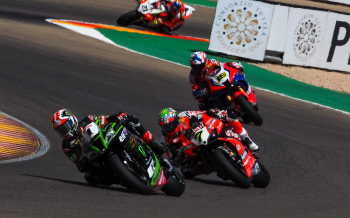 Jonathon Rea and the Kawasaki Racing Team have regained the Motul Superbike World Championship lead after victory in a gritty performance in race two at MotorLand Aragon.

Rea started Sunday proceedings in the best way possible by once again winning the ten lap Tissot Superpole Race, giving him pole position for the final race. Tom Sykes (BMW Motorrad WorldSBK Team) was placed under investigation after an incident at the corkscrew saw him collect Leandro Mercado (Motocorsa Racing), the impact forcing the Argentinian rider to withdraw from race two.

Rea took command of the 18 lap race two right from the lights, taking the holeshot but bringing Scott Redding (Aruba.it Racing Ducati) with him. The challenge from Redding was short lived, however, as he drifted back to fourth citing grip issues.

Out front Rea had pulled almost two seconds clear and it was at this stage the second Aruba.it Ducati of Chaz Davies was making a move. Davies claimed Michael Van Der Mark (Pata Yamaha WorldSBK Official Team) and then Alvaro Bautista (Team HRC). A mistake on lap 14 from Rea slashed his lead and Davies was able to briefly run at the front. The error seemed to motivate Rea even more, cutting a line back past Davies and pulling clear once again. Davies attempted to keep up the pressure, but Rea was riding for the race win and pulled over a second gap by the chequered flag. Davies finished just behind him with Bautista in third to claim Honda’s first podium since Magny-Cours in 2016.

Rea now leads the championship  by 10 points with the next round at the same Aragon MotorLand circuit next weekend. 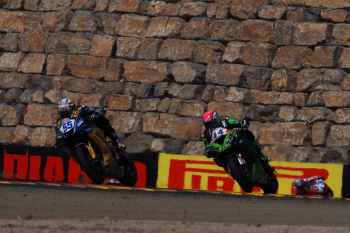 Jeffrey Buis (MTM Kawasaki Motoport) took out race two and the double at Aragon in the Supersport 300 class, but it took an improbable wide line through the final corners to secure victory. Teammate Scott Deroue (MTM Kawasaki Motoport) held the lead on the back straight, only to lose out to both Buis and Thomas Brianti (Prodina Ircos Team WorldSSP300), who claimed his first podium of 2020 with second place, with Deroue finishing third. Buis now leads the championship by two points from 2018 champion Ana Carrasco (Kawasaki Provec WorldSSP300). Australian Tom Edwards (Kawasaki ParkinGo Team) endured a tough weekend after crashing out. 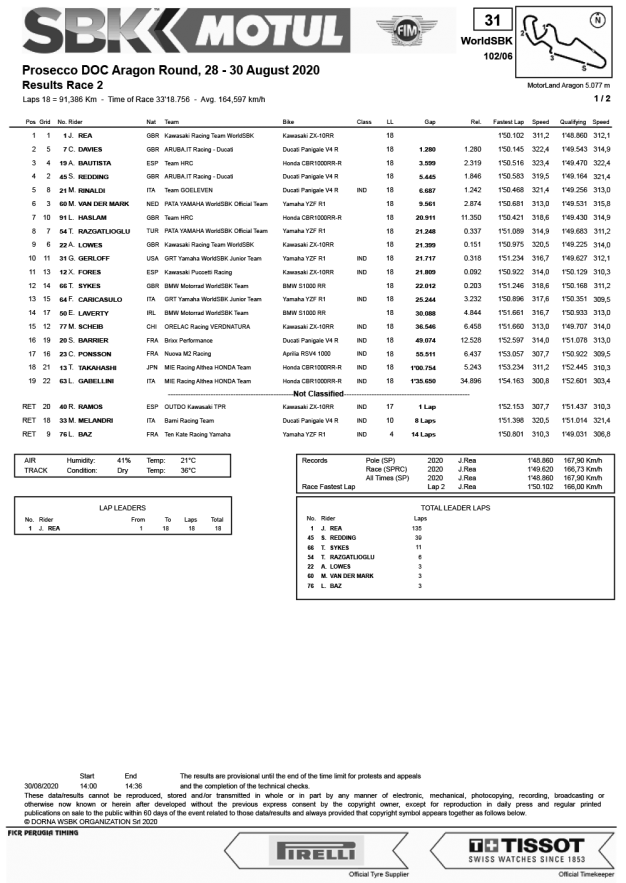 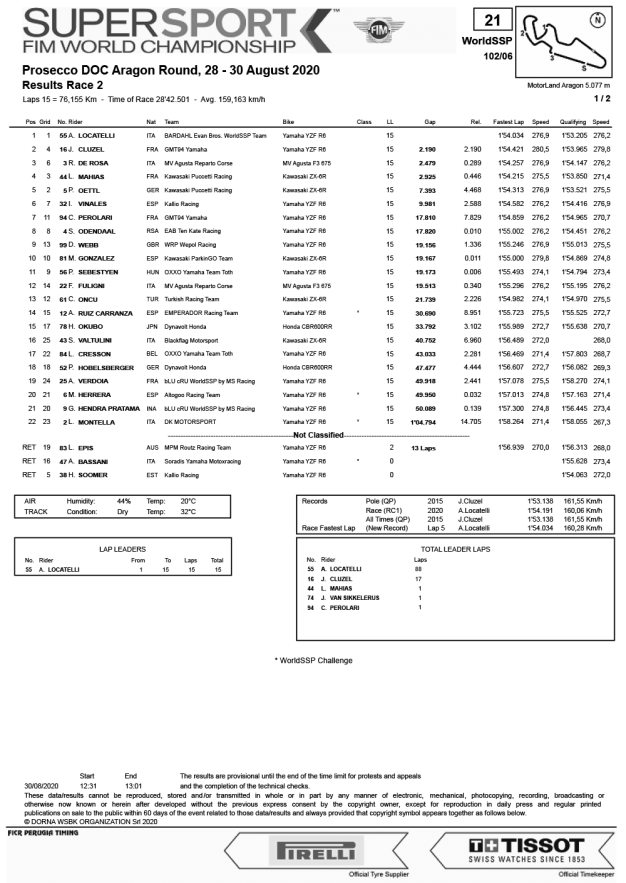 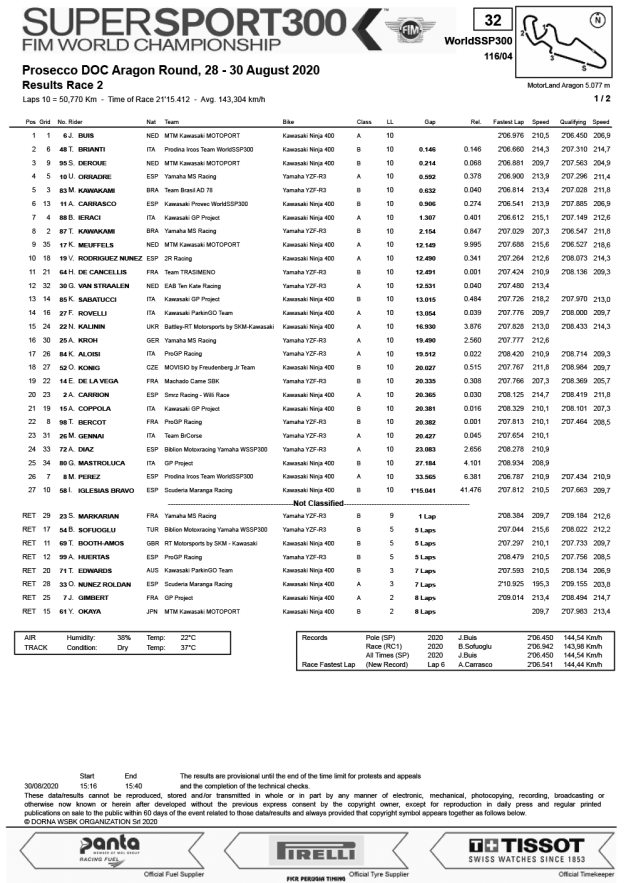