The Spanish CEV Moto 3 Championship is one of the toughest proving grounds on the planet, with dozens of racers vying for a spot on the world stage. Joel Kelso is in the midst of his third year living and competing overseas, racing this season with the AGR Team on KTM machinery. As well as getting his head around a new bike, Kelso also had the setback of breaking his fibula in training earlier this year. In this Conversation, the young Australian reflects on the most recent CEV Moto3 round at Jerez last weekend. 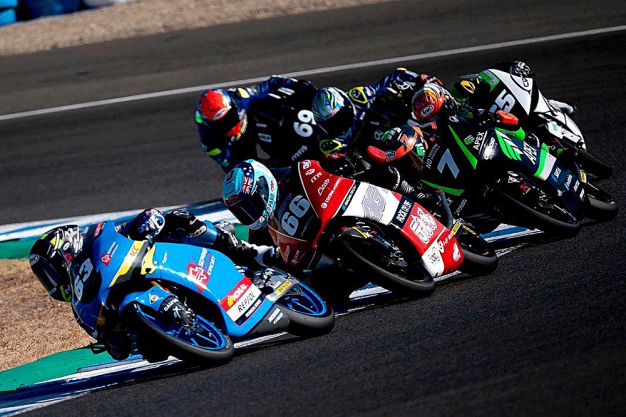 That latest round at Jerez sounds like a complete rollercoaster for you, how did it start out?

So many ups and downs! The first day on Wednesday, I was confident because I’d ridden at this track before. From the first session something just wasn’t right on the bike but by the end of the day we figured out it was the rear shock. We fixed up the problem, but on Thursday we had an issue with the engine! So two of these days went to waste, really.

With no real confidence from practice, how were you feeling about qualifying?

I went into qualifying with an open mind, just figured I would push and see where we ended up, really. I put in a good lap time, and we were going for our second lap when my teammate crashed in front of me. I had to back off, but it was still my fastest lap of the weekend for me. It was a bit unfortunate, but P14 was a decent result. After that, we worked to make another step forward for the race. Before the race I was pretty calm and collected, but when I was entering pit lane the bike just stopped working. It ended up being a problem with the throttle body and the guys fixed it quickly, but I’d missed the pit lane exit. I had to start from the back of the grid, but if anything, it took away any pressure. I was starting from last in 37th position, so I just thought I would push and see where I ended up.

I was watching your updates on Facebook, turned out to be a hectic move through the field…

I put my head down and made so many passes on the first lap, not even realising…I passed five riders going into turn one. I remember going across the start / finish line and seeing P11 on my board with one lap to go, and I thought ‘sweet’, coming from that far back, I was happy as. I just rode my own race and pushed, trying to get through the groups. When I came across a group, I’d smash through them, put my head down and keep pushing for the next one. The most positive thing is that we showed we had the pace, the lap times I was doing were about half a second off the front group and I was by myself the whole race. I also showed that I can run with the guys that finished on the podium. 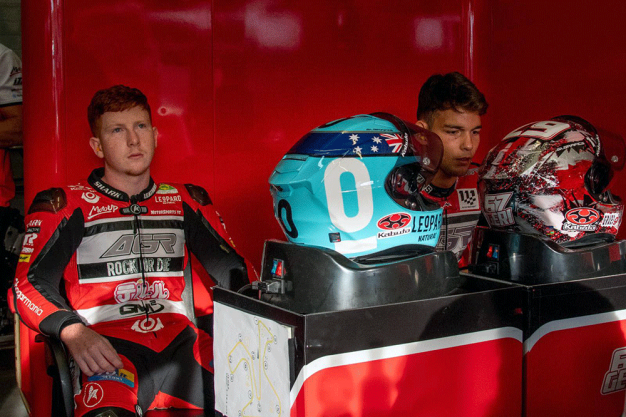 That must have put you in a good frame of mind for race two? But we know things didn’t go to plan…

After the race one result we were confident for race two, and the plan was to push. But going into this weekend, I did have a problem with my shoulder and it was a bit sore. I had a highside at training and ended up dislocating my shoulder, so I thought ‘this is where we need to be smart about this and not crash.’ My aim was to almost treat it like a cycling race, push from the beginning and then drop back through the pack if I needed to rest my shoulder. I was off to a good start from P14, got up to P7, and then at turn five I just felt this smack in the back of my bike. I remember thinking it felt strange because I was already hard on the gas in fifth gear. Then I just remember rolling through the gravel pit not knowing what happened. Looking back at the video replay you can see the other guy knocking me off.

It must have been a fair impact, because you decided to not enter the final race…

It stopped me from riding the rest of the weekend because Aragon is in two weeks, with a test prior…I had to be smart about it, really. It didn’t feel well with the tendon in my arm and my shoulder had popped out again. I really felt like my body was trying to tell me something, so we decided to sit out the last race and focus on Aragon. There was nothing to be gained from racing, I wasn’t fit to be riding – I could barely do a push up.

Have you recovered much in the few days afterwards?

I did two and a half hours of physio yesterday and the doctors are 100% confident I’ll be fine for the Aragon test. I’ll start training back on the motorbike tomorrow, but obviously, I can’t crash or my shoulder will pop out again!
All the sponsors and the team were happy with my result and the step up in pace, because I was struggling with the switch from Honda to KTM.

Best of luck in a few weeks, can’t wait to see how things turn out!