Rinaldi breaks through in Teruel for stunning maiden victory

Locatelli makes it eight from eight in WorldSSPT. 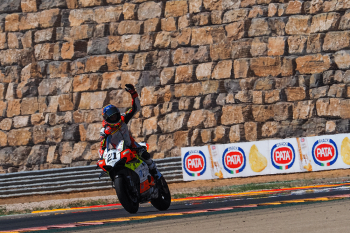 Michael Ruben Rinaldi and Team GoEleven have broken through for a controlled Motul Superbike World Championship maiden victory in race one of the Teruel Round at MotorLand Aragon. Rinaldi converted his dominant practice form to a race result, passing Kawasaki Racing Team’s Jonathan Rea at the end of the opening lap to take the flag by almost six seconds.

“It’s unbelievable! Now we are here! I couldn’t hope for a better race and I will enjoy this,” an emotional Rinaldi commented in parc ferme after the race. After starting from second on the grid, one of the key elements of Rinaldi’s victory was his selection and management of the softer Pirelli SCX rear tyre. Rea took the less risky option of the harder SC0 and admitted he may try a different strategy tomorrow. “When I saw Michael and his pace, with the SCX tyre, the rhythm he could do was incredible. Maybe tomorrow we could do a more aggressive strategy but super happy to pick up 20 points. I feel like we got the best out of the bike today.”

The 20 points Rea picked up for second was made even more important after Scott Redding (Aruba.it Racing – Ducati) crashed on lap seven while under pressure from Alvaro Bautista (Team HRC). An inconsolable Redding was shown later in the pit garage, aware the mistake gifted Rea a 30 point championship lead. Teammate Chaz Davies rode a solid race to pick up the final podium spot a further five seconds back after starting from seventh on the grid. 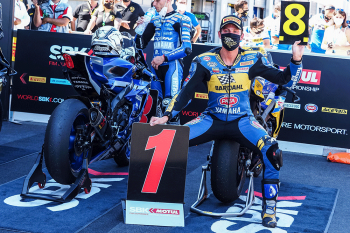 In World Supersport it seems nothing can halt the momentum of Andrea Locatelli and the Bardahl Evans Bros. World Supersport Team after another convincing six second victory. “I can push every lap, this is so good because with the hot conditions we are very strong,” commented Locatelli after the race. Italian Raffaele de Rosa (MV Agusta Reparto Corse) finished second after a strong early battle with Jules Cluzel (GMT94 Yamaha). Cluzel completed the podium with Lucas Mahias (Kawasaki Pucetti Racing) fourth. That put three different manufacturers in the top four and leaves Locatelli 54 points clear in the championship with one race left to run at Aragon. Australian Lachlan Epis (MPM Routz Racing Team) showed potential but endured another frustrating race after being forced to retire 13 laps in.

The Supersport 300 World Championship race was as thrilling as ever after Victor Rodriguez Nunez (2R Racing) claimed a remarkable victory after coming through the Last Chance Race and starting from 30th place of the 36-strong grid. The top six were separated by one second, with Nunez finishing just 0.042s in front of Turkish rider Bahattin Sofuoglu (Biblion Motoxracing Yamaha WorldSSP300). Dutchman Jeffrey Buis (MTM Kawasaki Motoport) took the final podium spot and now has a championship lead of six points to fourth placed Scott Deroue (MTM Kawasaki Motoport).
Australian Tom Edwards (Kawasaki ParkinGo Team) finished in 18th position but was optimistic for race two, saying on Facebook, “Qualifying P20 made it difficult for race one, also a crash in front of me in the first lap put me back in P28. I tried my best to fight my way back up but having front end grip issues made it difficult to overtake, but ended up P18. We have some big improvements to make for tomorrow’s race and I think without any first lap drama it should all be okay.”
Fellow Australian Tom Bramich finished an encouraging 23rd after finally cracking through qualifying, avoiding the Last Chance Race. 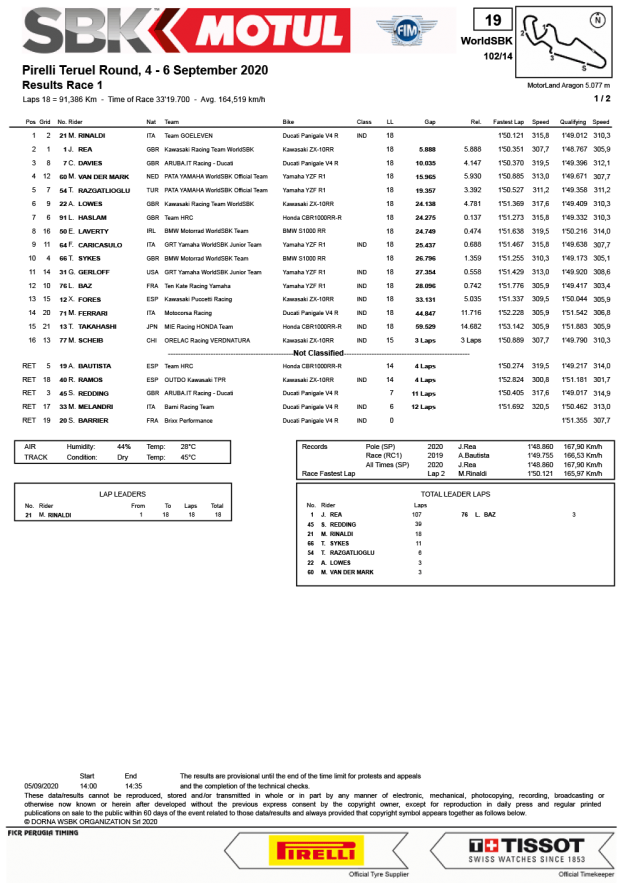 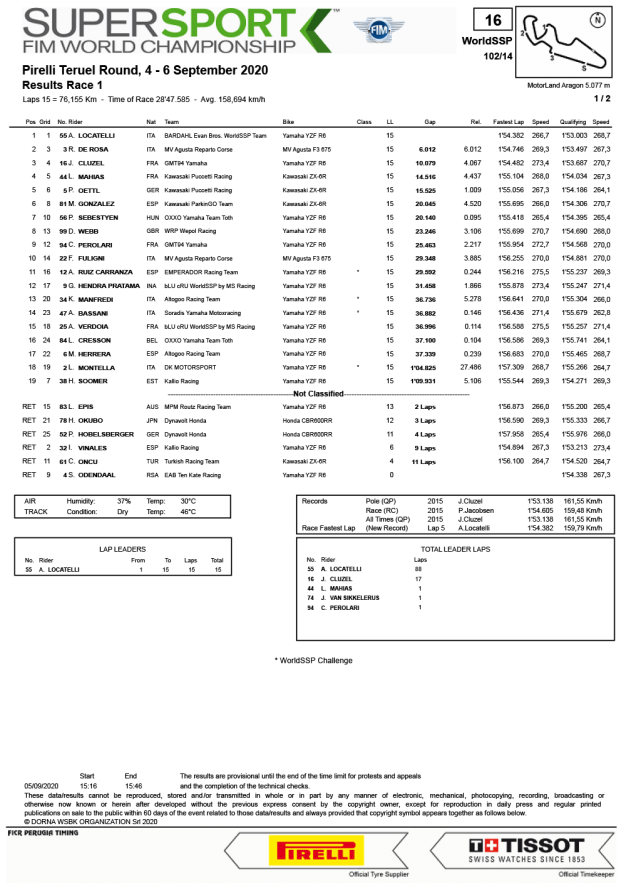 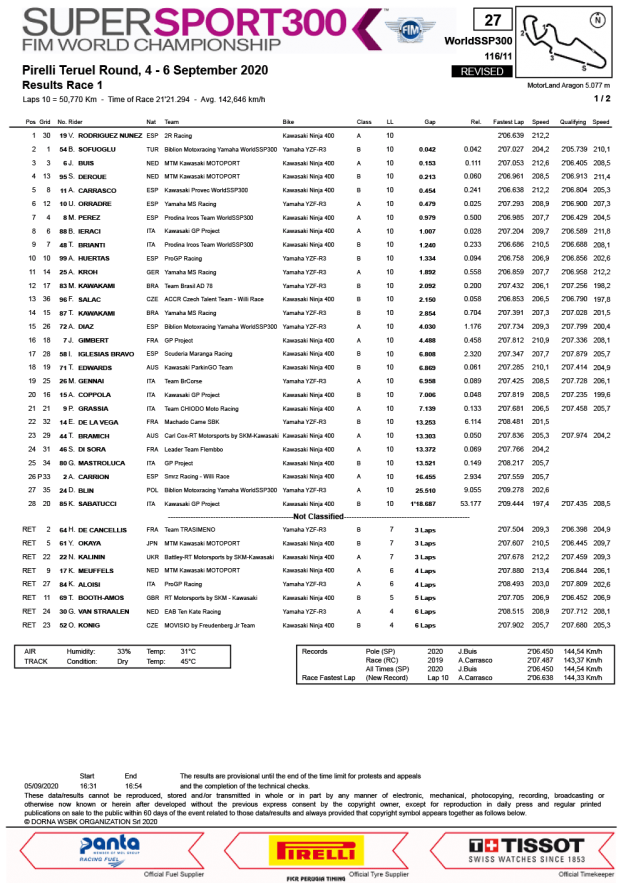