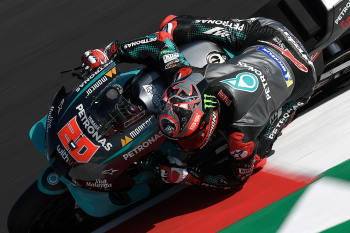 After a brutal double header at the Red Bull Ring, Quartararo will be looking to consolidate his position at the top of the MotoGP standings, where he holds a three point advantage to Andrea Dovizioso (Ducati Team). Quartararo, like most, set his fastest time in the afternoon session on a track that is much better suited to the Yamaha. The gap was a tiny 0.009s to Vinales, who had set his fastest time in the morning. Morbidelli also went faster in the afternoon, with the trio of Yamaha’s followed by the two KTM’s of Pol Espargaro (Red Bull KTM Factory Racing) and Iker Lecuona (Red Bull KTM Tech 3) to make up the top five.

Notably down the order were the Ducati’s of Dovizioso (11th), Jack Miller and Peco Bagnaia (Pramac Racing – 17th and 18th). Both Suzuki’s found themselves outside the top ten while Cal Crutchlow (LCR Honda Castrol) is struggling badly with an injured arm. World Champion Marc Marquez (Repsol Honda Team) is still unable to race and is said to be in doubt for the next two to three months. 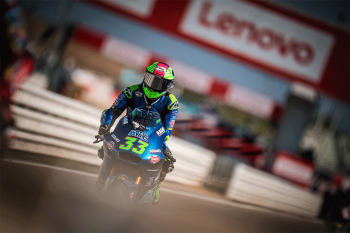 In Moto2 the big news is the absence of Jorge Martin, who tested positive to COVID-19 during the week. Enea Bastianini (Italtrans Racing Team), who was recently announced to be graduating to MotoGP next season, topped free practice.
Sam Lowes (EG 0,0 Marc VDS) was close behind in second followed by teammate Agusto Fernandez.
Australian Remy Gardner (OneXOX TKKR SAG Team) struggled back in 17th position after crashing at turn 16 in the morning session.

The MotoE World Cup makes a return at Misano for their third round and on Friday it was Eric Granado (Avintia Esponsorama Racing) at the top, with home hero and 2019 winner at the track Matteo Ferrari (Trentino Gresini MotoE) second. Third was also a local, Alex de Angelis (Octo Pramac MotoE) while his Australian teammate Josh Hook was 15th. 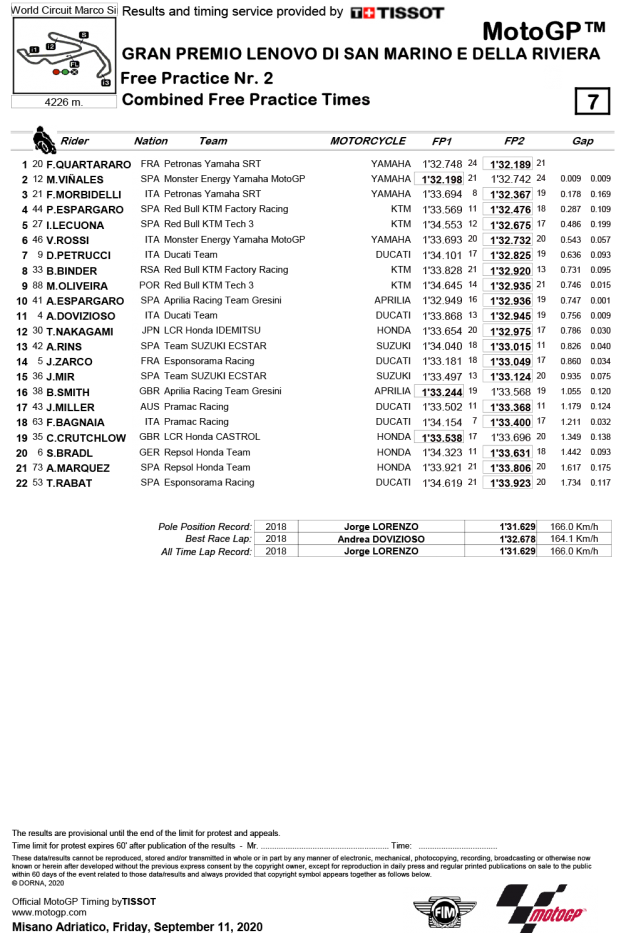 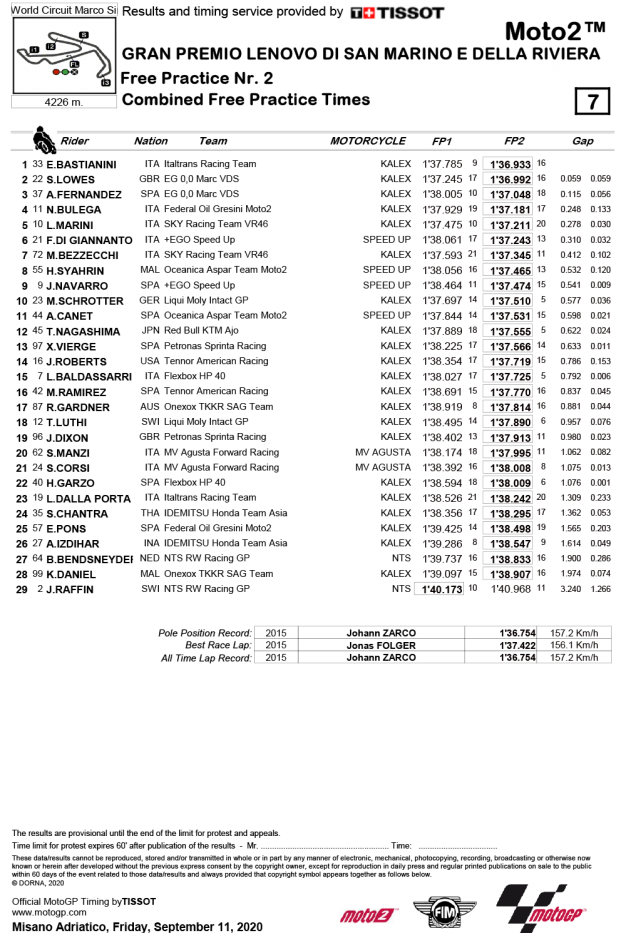 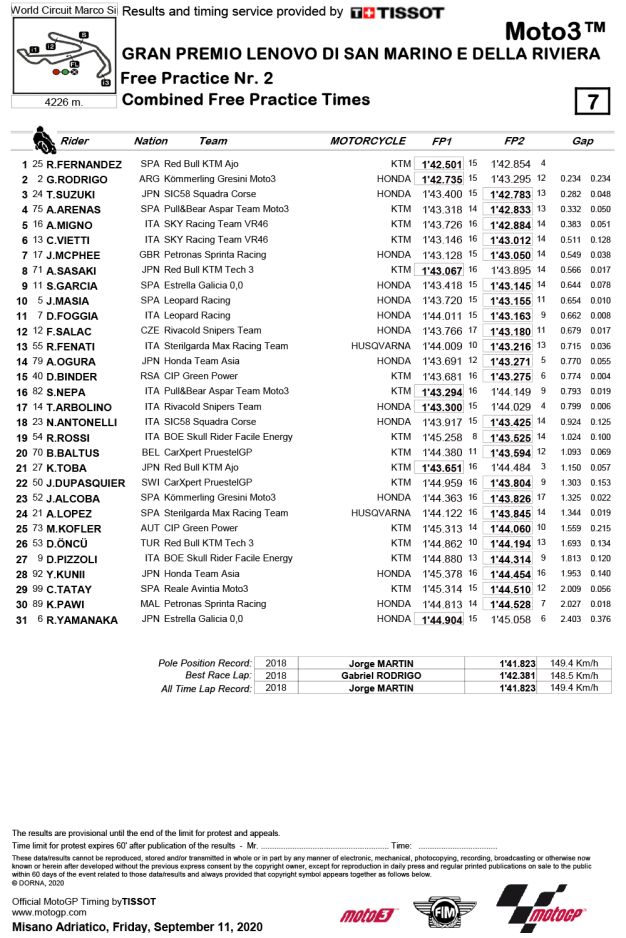 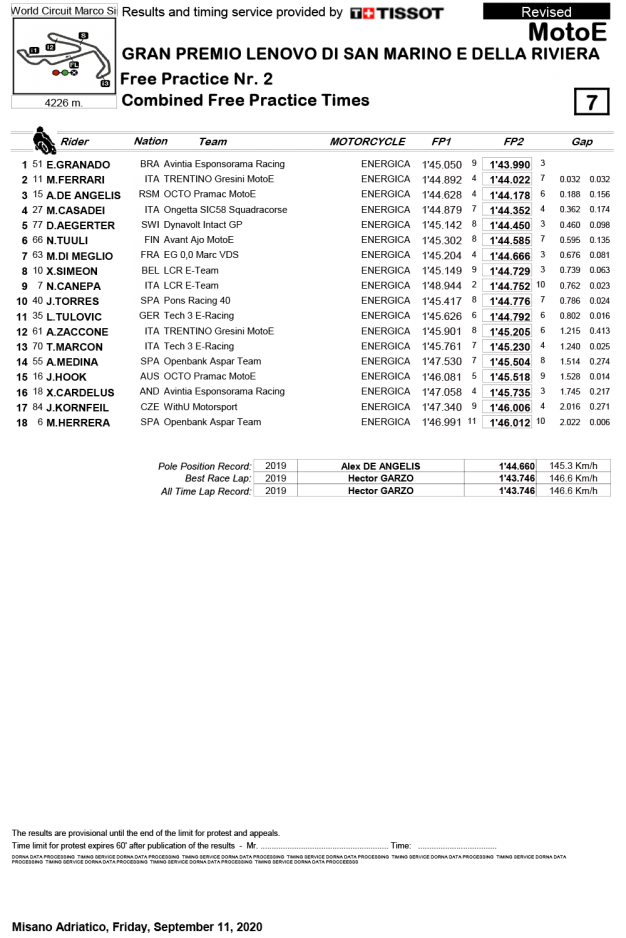