BSB Supersport ace talks about his season so far and a potential WorldSSP move.

Having spent the last eight years in the United Kingdom, BSB Supersport ace Ben Currie has developed into one of the leading talents on the grid. After an injury hit rookie season in the Superbike class last year, Currie returned to Supersport for 2020 with Gearlink Kawasaki. It’s been a challenging season to say the least, currently sitting eighth in the standings. In this Conversation the 2018 British Supersport runner-up fills us in about the changes that have made this season difficult and the possibility of moving to World Supersport. 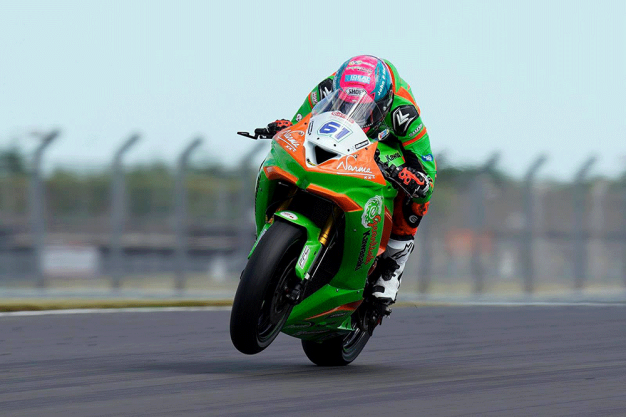 The championship standings don’t tell the real story…how are you feeling with the return to Supersport?

It’s not exactly what I envisioned, I wanted to win all the races and the championship! It’s been far from that. Really, really tough, actually. Obviously COVID ruined testing plans, so I went to round one after just having stepped off a Superbike and since I last rode with the Gearlink Kawasaki team there has been a change of bike. The current machine is a 636 engine in a 600 chassis, so it’s like a hybrid Supersport bike. We’ve been experiencing some really bad chatter problems all year that we can’t seem to shake, so the results haven’t exactly been what I’ve imagined.

I saw you posted a shot on Facebook from testing last weekend, have you made any progress?

We went to Cadwell Park where we had a couple of bits to try to see if we can improve the chatter and vibration through the bike, but we didn’t really have any success. We are trying to test things and work it out, but it’s hard with such a tight round schedule this year. We’ve got six rounds inside twelve weeks, so it’s hard to make progress on a race weekend. The team will openly admit it, we haven’t got the right bike, it’s as simple as that. The blue bike is smoking us, it’s clear, but there’s no reason why we can’t win, we just need to refine the package and get it right.

In other paddocks, 2021 talk began early. How is it for you, any thoughts for next year?

It’s funny because we’ve done three rounds and we’re already talking about contracts for next year, it’s a really strange feeling. The team have backed me one hundred percent, but without going into too much detail, these guys have shown me their support and backing of me previously and they will continue that into the future, they’re right behind me which is fantastic. In terms of the feeling inside the team, we’re all on the same page and understanding of what’s happening right now in the world. We’re all being realistic. We’re on a different bike and we’ve had no testing and things haven’t gone the way we’ve expected. But, I’m extracting the maximum out of it and they can see that I’m working just as hard as I did when I was battling for the championship as I am now for fifth. The COVID thing stretches far wider than anyone sees with (virus) testing, it places a restriction on budget and many other things. There are challenges but we’re all in a positive frame of mind and looking forward to the future. 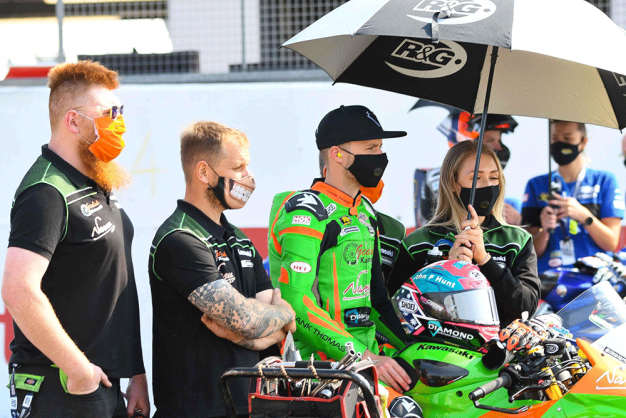 What’s your aim? A return to Superbikes?

That would be great. I feel like I didn’t get a really fair fun at it. Round one was really good, round two I crashed pretty bad. Broke both my feet and my knee and that was the season done and dusted, really. I’d very much like to go back to Superbike, but I’m also keeping one eye on potentially going to World Supersport. I’d love to race at Phillip Island and I think I could do quite well in that class given the right opportunity. I’ve had enough time to learn the ropes and I think it would be a good step for me to go up into the World Championship.

How far has that idea progressed? Is budget the sticking point?