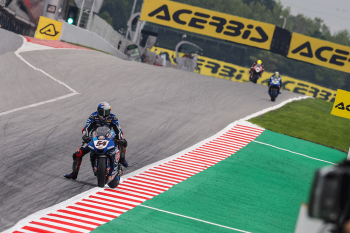 After placing tenth position in the wet session Razgatlioglu admitted he was becoming more comfortable, saying, “Maybe 10th position is not ‘good’, but I feel like I am riding better in these conditions! We are happy with today, everything is working really well in the team and I am enjoying my R1 very much here in Barcelona – maybe too much after FP1, as I made a big ‘stoppie’ for fun but Race Control were not so impressed, so I had to say sorry to them!”

Alvaro Bautista (Team HRC) was close behind in fourth and confident in the feedback he was getting from the Fireblade. “This afternoon I used the rain tyres for only the second time,” Bautista commented. At first the feedback on the wet track wasn’t great, but we made some changes to improve my feeling and pace during that session and to be honest, by the end, I was feeling quite confident also in the wet.” 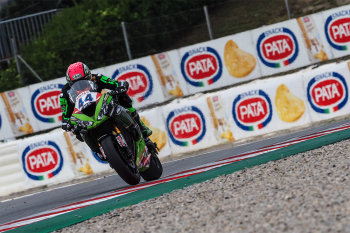 World Supersport competitors were greeted with a dry morning track and damp in the afternoon, with Lucas Mahias (Kawasaki Puccetti Racing) topping the combined timesheets after setting his fastest lap in the morning session.

World Supersport 300 was also disrupted by rain in the afternoon with Bruno Ieraci (Kawasaki GP Project) topping the times after going fastest in the morning session in dry conditions. Group B riders were the first to venture on track this morning but riders from Group A made up the first three positions in the combined standings, with Ieraci leading Koen Meuffels (MTM Kawasaki Motoport) and Championship leader Jeffrey Buis (MTM Kawasaki Motoport).

Inigo Iglesias Bravo (Scuderia Maranga Racing) was in fourth place overall for the day, almost matching both Meuffels and Buis on pace during the session and finished as the lead Group B rider for the day. Tom Bramich (Carl Cox – RT Motorsports by SKM-Kawasaki) posted a time of 1m 58.193s  and finished 19th in Group A, spending the morning learning the track layout. Tom Edwards (Kawasaki ParkinGo Team) was 17th in Group B with a time of 1m 58.423s. 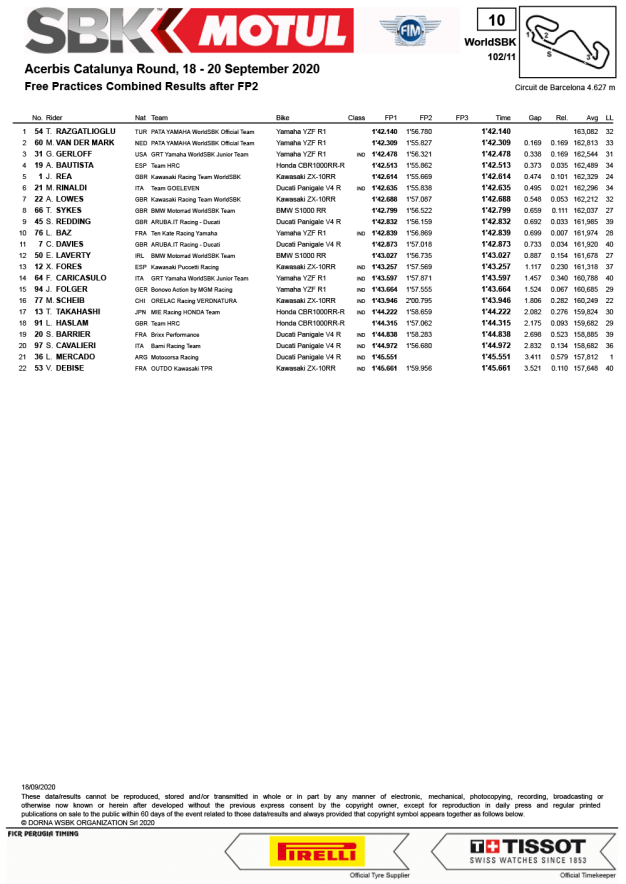 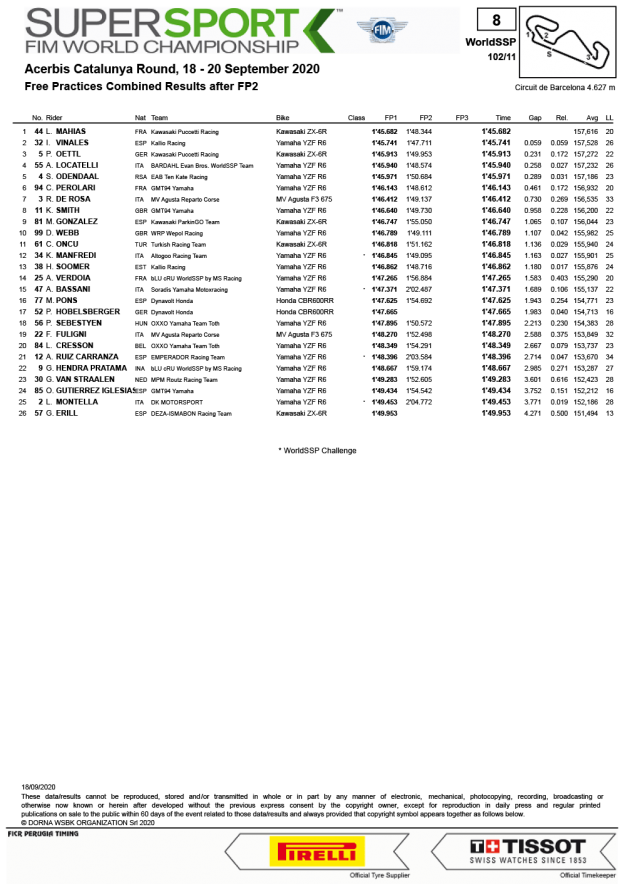 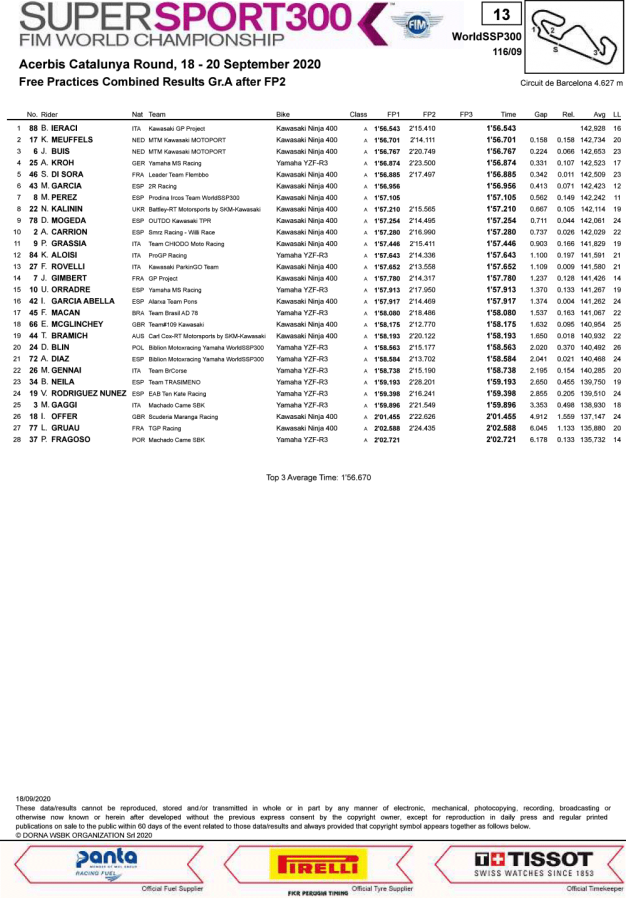 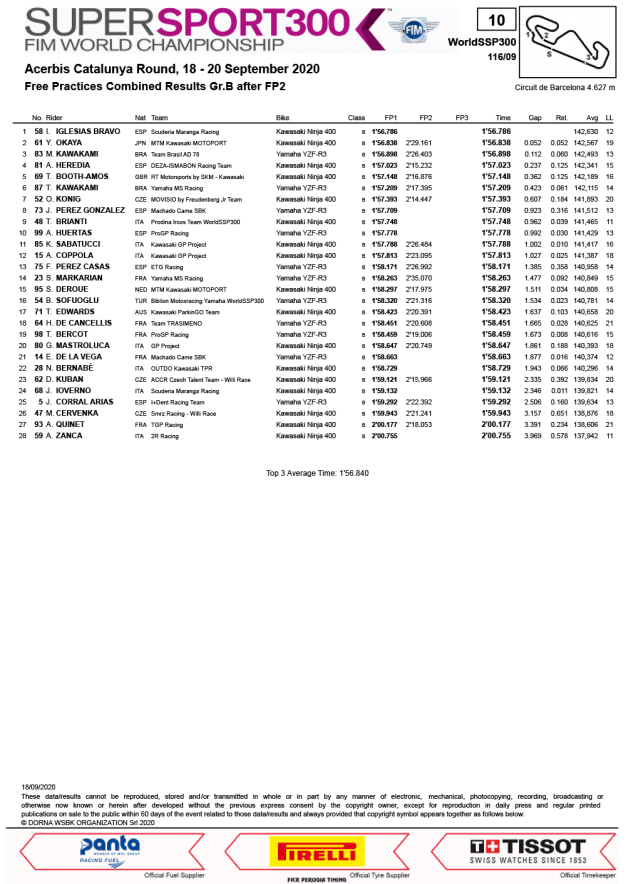