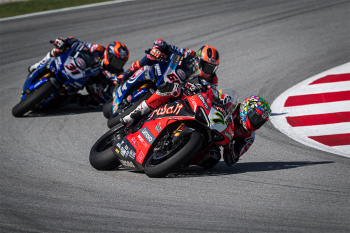 Chaz Davies delivered for the Aruba.it Racing – Ducati team and claimed his first win of the 2020 season in race two at the Circuit de Barcelona-Catalunya World Superbike round.

“After yesterday and the Superpole Race a little bit, I was just constantly chasing something, and it was traction yesterday and it was zero,” commented Davies after the race. “First win as a dad, so I think it’s only right to dedicate this to my beautiful baby daughter and my wife.”

Van Der Mark had won the Tissot Superpole Race earlier in the day, which was also his first victory of season 2020. For Garrett Gerloff, his first ever podium was also the first time an American had stood on the World Superbike podium since Nicky Hayden in 2016. Gerloff very nearly made it a second placing after he passed Van Der Mark on the final lap, however a mistake let the Dutchman back through.

Eugene Laverty (BMW Motorrad WorldSBK Team) recorded his best result of the season, finishing in seventh place ahead of Redding and Alex Lowes (Kawasaki Racing Team WorldSBK). Leon Haslam (Team HRC) was the only factory Honda on the grid after Alvaro Bautista had a technical issue on the sighting lap. Haslam went on to finish ninth with Loris Baz (Ten Kate Racing Yamaha) rounding out the top ten. Jonas Folger (Bonovo Action by MGM Racing) continued his adjustment to World Superbike coming in at 11th.

Championship leader Jonathan Rea (Kawasaki Racing Team WorldSBK) extended his lead at the top of the standings with fourth place, finishing five seconds clear of Tom Sykes (BMW Motorrad WorldSBK Team). Scott Redding (ARUBA.IT Racing – Ducati) finished in sixth place after being passed by Sykes with just a couple of laps to go. Rea had lost ground at the start, but was able to regroup to finish in fourth place and take a 51 point lead into the next round at Magny-Cours.

Eugene Laverty (BMW Motorrad WorldSBK Team) secured his best result of the season with seventh place as he showed more impressive pace, ahead of Alex Lowes (Kawasaki Racing Team WorldSBK) in eighth. Leon Haslam (Team HRC) was the sole Honda rider in Race 2 and finished in ninth, with Loris Baz (Ten Kate Racing Yamaha) in tenth after losing lots of ground at Turn 1 at the start. 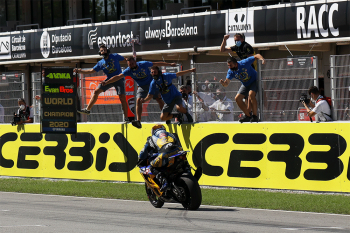 The World Supersport Champion has been crowned for 2020, with Andrea Locatelli bouncing back in race two to seal the title and take the race win. “It’s a dream! Until then you know it’s alive but it’s an incredible day. We work everywhere, every time very well and this is our objective. This is an incredible day and I don’t have any words but I’m very excited. Thanks to my guys because they work very hard every time and this is the result.”

Locatelli had started from pole position but found himself down in fifth place after the opening laps. It wasn’t until lap five that Locatelli began his charge, first passing Raffaele de Rosa (MV Agusta Reparto Corse) into turn one before he passed Corentin Perolari (GMT94 Yamaha) a lap later.

Lucas Mahias (Kawasaki Puccetti Racing) finished the race in second place and was joined by teammate Phillip Oettl on the podium, with Mahias getting past Oettl with a handful of laps to go but unable to close the gap to Locatelli. 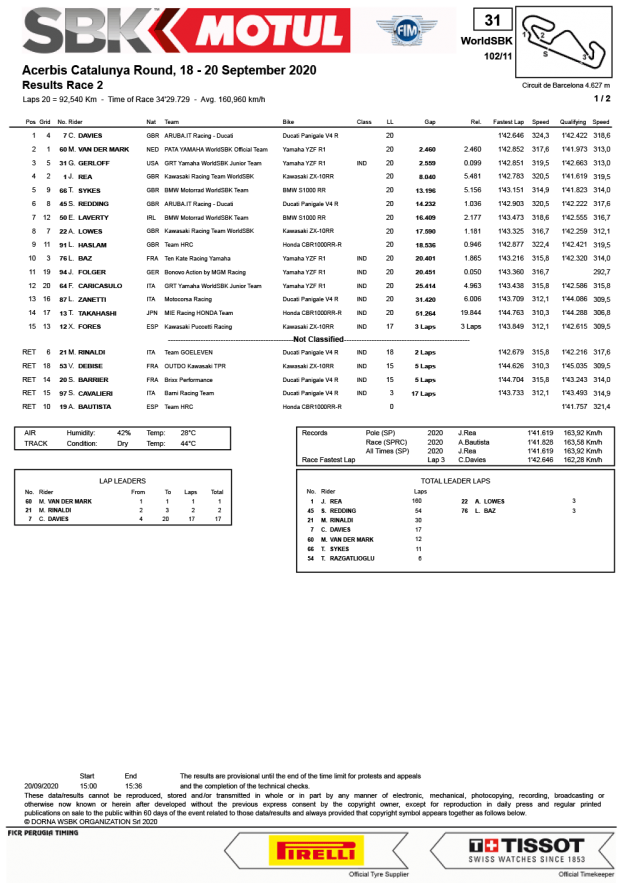 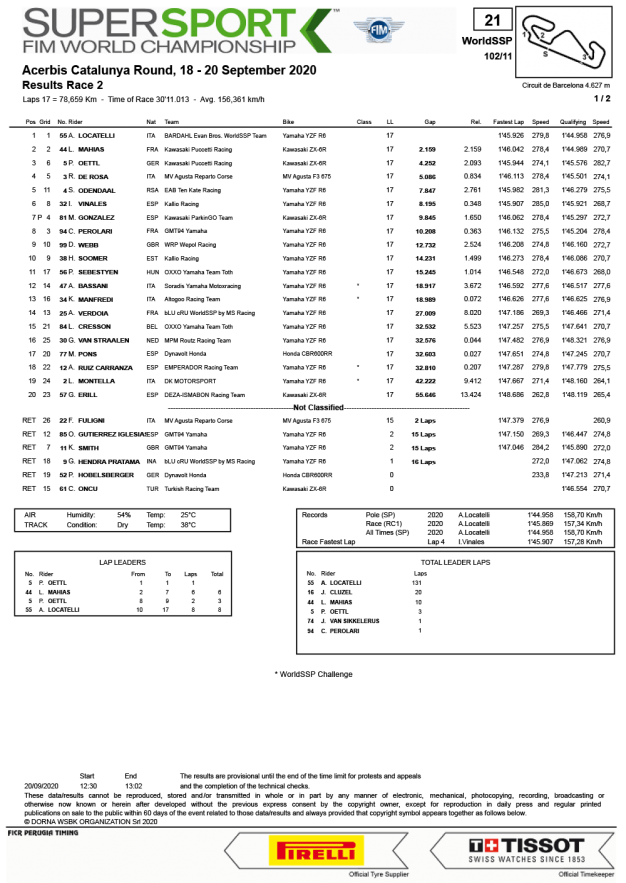 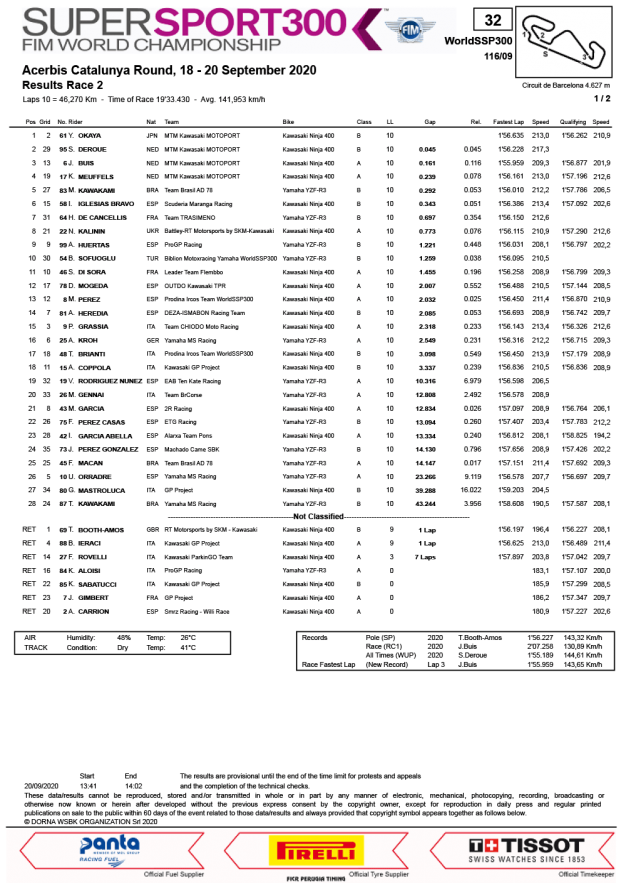