YRT factory rider looking to use previous data to gain an edge. 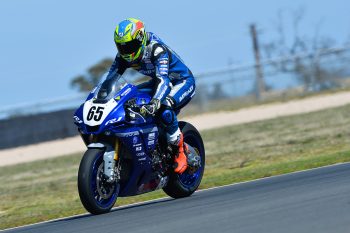 Halliday contested the 2021 ASBK season on Dunlop tyres and, to his credit, was the highest-placed rider using such as he secured third position in the standings.

This year in 2022 marks a return to Pirelli rubber – also used in years prior by YRT – and an opportunity for Halliday and returning YRT teammate Mike Jones to capitalise on the previous data the team has gathered from using the Italian brand.

“I’ve used the Pirelli twice so far now at Sydney Motorsport Park and it’s a tyre we have used in the past before making the switch to Dunlop,” Halliday explained. “We are back to the basics now, we’ve already got data on these tyres, which is the best thing.

“Every round we go to, we can just look back over the years from 2019, 2020 – even though 2020 wasn’t a good year due to covid – but there are still specs on those tyres at certain tracks, it’s not like last year where we went to where we’d been before, but with new tyres and we didn’t have any data on them.

“There is not as much hard work for us uphill now, we can hit the ground running and we know what they can do. I know there is a couple of new Pirellis that they are hinting at, which I don’t think anyone has ridden on at this stage.”

After shaking down the Pirellis on Monday after The Bend’s ASBK finals, Halliday’s outings at the St George Motorcycle Club’s Summer Night Series have indicated that the switch is a positive one, going 1-1-1 in his most recent appearance last weekend.

“When I rode on them at the Creek, I had a lot of front-end confidence, which is a big thing for me because I need confidence on the front to be quick… I can already feel my confidence coming back now,” Halliday added.

“It’s not my race bike that I have been riding there, it’s just a stock R1, but it’s still feeling pretty good and the results seemed pretty good at the St George round the other night but time will tell.”