Double national champion on racing journey and step to 600s.

Baker, now 16, began his road racing journey at the age of nine with a first outing on the bitumen on a Metrakit 70 at Syndey Motorsport Park’s South Circuit.

From there, the emerging talent raced in the MRRDA and later GP Juniors series in Australia, before being selected to compete in the 2018 Asia Talent Cup (ATC) onboard Honda Moto3 machinery.

“I started on the road because my dad used to race road bikes and my brother was into road bikes and riding them,” Baker explained. “When I first started it was MRRDA with Woody [Paul Edwards] on the Metrakit 70 and then when I moved up the R15 it was GP Juniors.

“From GP Juniors, after we finished that I did a few training schools in Indonesia, then went and tried out for the Asia Talent Cup and luckily got selected in the first go, so for 2018 we rode for BCperformance in Australia in the 300 championship and overseas we did the Asia Talent Cup.” 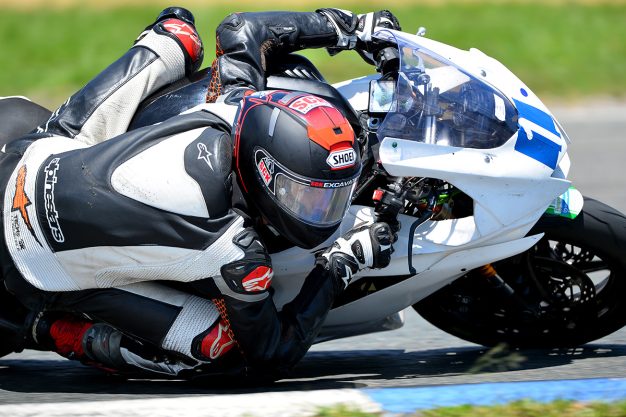 Baker gained valuable experience from his time spent in the ATC and, while the outright result was not what he had wanted, the insight gathered from racing on GP circuits and being in the world championship paddock has proved useful in forwarding his racing career.

“I was a bit young at the time and I hadn’t had enough experience on a Moto3 to do well other there, but it was good being in the paddock, seeing all the MotoGP guys and how they work,” he continued.

“It was fun to be over there, I just had a lot of crashes and a lot of injuries, it wasn’t good in the racing side of things for me, but it was good to just be over there.”

Fast forward to season 2021 and Baker – Yamaha R3-mounted – became the first rider to win both R3 Cup and Supersport 300 championships, showing his true potential with the right people and support around him.

“My whole career we have always just struggled on basically being able to build a bike good enough, to put me where I need to be,” Baker reflected.

“This year we jumped in with the Epis’s and that was the final thing we needed to help get the right things underneath me. With the help of them and the bike they built, we were basically just unstoppable – it was just such a good bike.”

Baker now graduates to the Supersport 600 category for the 2022 ASBK season on an R6 and is confident that he can fight for victories in his rookie campaign following promising initial outings on the bike. 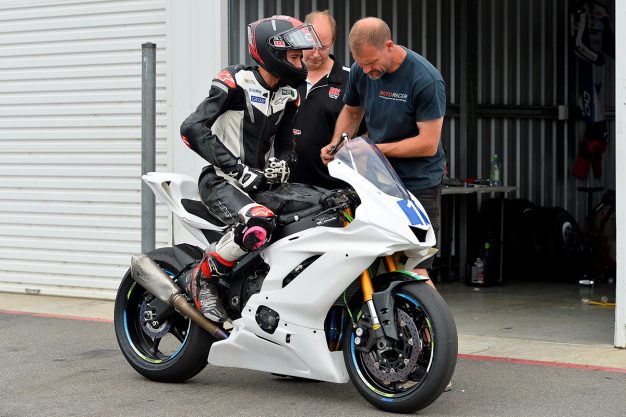 “Moving up to the R6, its not as big as I thought it was going to be, I was expecting it to be really, really crazy, but it’s definitely a lot more horsepower and a lot heavier,” he said.

“We’ve been doing a lot of testing, like at Phillip Island, Winton and Wakefield… I think we are above schedule. We are happy with how testing is going and I think by round one we will be fighting for the podium. I think definitely by round three I will be winning races for sure.

“Wakefield and The Bend are more strongest tracks on the calendar, so if I’m not winning by Wakefield, definitely by the last round of the year at The Bend.”

With age and more experience on his side, Baker is not opposed to returning overseas to compete if the right opportunity and support arises, but remains focussed on delivering the best possible results this season.

“We will just have to see, with budget, that’s the killer,” added Baker. “If anyone jumps onboard, it’s amazing what you can do with support, so we will have to see. At the moment we are not really looking too far ahead and don’t really have those options.

“I guess if we can get a big enough budget I would definitely love to go overseas and do something now I’m a bit older and faster, that would be amazing, but if not, it’s not the end of the world and maybe we would have another crack at Supersport if I don’t win or even jump on a Superbike.”