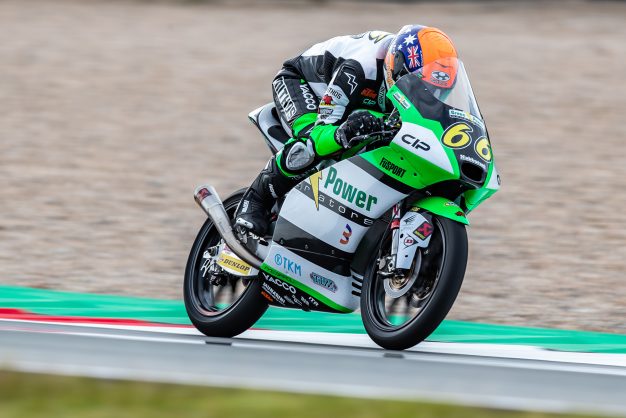 How do you feel heading into your first full season in the world championship? Is there a particular mindset you are adopting going into it or is it a case of being pretty open-minded and keen to get started with it all?

I’m really excited to just get ahead of testing really, that will be the big game-changer when we get to step on to the 2022 bike. I’ve done the wildcards, but this is a new bike again for this new season. I’m coming in open-minded, but if we have a good bike set-up and we feel strong on the bike, I’m going to be aiming high for this year. It all depends on the testing, that’s not far away and we’re just trying to get the mindset now of which is the best way to approach the first testing, for us, as in the schedule and things like that. To be honest, I think it is one of the most important parts of my season, which will be the key game-changer really. It will be good to just get started and get away with it, but for sure open-minded about the season and also focussed on one goal, which is doing well – one thing we need to do.

There wasn’t too much of a difference from the bike I rode in the CEV [junior world championship] to the world championship. KTM had developed a little bit, so a bit more power and a little bit different suspension and whatever it may be, the difference wasn’t too bad. That was over, what, my bike was 2018 in the CEV then go to a 2021 in the world championship and there wasn’t that big of a difference, so I don’t presume there will be that big of a difference from the 2021 bike to the 2022. In regards to how the 2022 bike is or what upgrades they have done, I have no idea – we will not find out until the first test. I know that there was only allowed to be one rule change and one part was allowed to be adjusted on the bike, so I’m not sure what that ended up being, what KTM decided to with that… We will soon find out.

Taking it back to last year, for yourself it was pretty successful and what some would label a breakout season in the junior world championship. Was there any particular key to the success and being able to win some races there?

There were many things that jumped into factor really, I think that’s what made it such a good season, it was everything together. The first thing was we had some really good support from my sponsors, which was great to see, we have a great team around me now, a great supporter pack, which is awesome to have around me, and people that believe in me, which really helped in that season last year. Also, the team – AGR – they really believed in me and put a really good project together for the year, a really capable bike of winning and lots of testing and good team around me, a good crew chief, a good data engineer and great mechanics. That was the first aspect of things. It came down to having a really good training program for the whole season, we started the pre-season so strong here in Mallorca, where I’m living with my trainer and yeah that was one massive thing, moving in with my trainer for the whole season. There was no time to slip up and it was just into full training mode and being dedicated for the whole season. My trainer really got everything out of me that we possibly could last season and that’s what we need to do, squeeze every inch out of me. He definitely got the full potential out of me last season. We didn’t start the season as strong as we had wanted to which was down to bad luck, but everyone knew the pace was there from the beginning. Then we had an outbreak in the middle of the season, finished the season as strong as we possibly could with all of the wins we had. A bit of everything came into it mate, honestly without everything together, not one thing would be able to be ticked off and that is how you get the results. Everything comes together which makes a great project for the season and that is what we are aiming to do again this year. 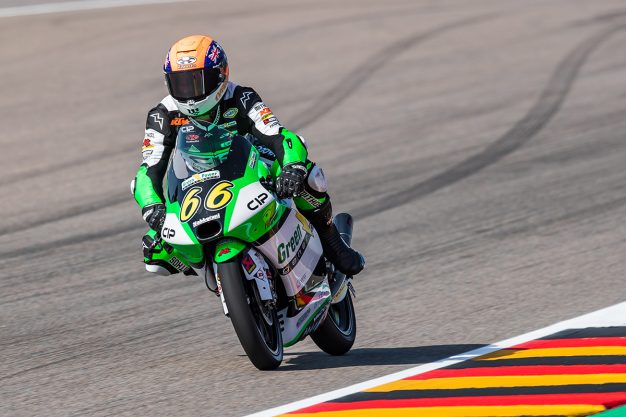 Sounds like a pretty full-on and busy year for you last year. I saw you had the chance to come back to Australia over the break, even having the opportunity to ride a Superbike while you were back. How was that, was it pretty cool to come home and get the chance to do some things you might not necessarily do in the middle of the season?

Yeah, once again, we trained so hard and we had the four weeks off at home in Australia, which was awesome. We got on a Superbike, the support people around me like Nathan [Spiteri] who races in ASBK, he has supported me heaps and was kind enough to let me ride his Superbike. That was great, it was an awesome experience really, to be riding a bike with so much power and having so much new things gone into it. The electronics, I’ve not really experienced them before, the Moto3 has it, but we don’t use it as much, or if anything at all. That was just interesting to see, it was an eye-opener on that. I got out on the Ohvales as well, which Wayne Maxwell was helping me out a bit with. That’s another thing, Wayne is helping me out heaps, which is another great person to have in my corner. His support in the off-season with letting ride and helping me out with a few other things, has been massive. It was awesome to get back to Australia and really just have a nice little off-season, we didn’t really train that hard, spent a couple days on the superbike and on the Ohvale, spent some time with the family and just really enjoyed the time off, as this season will be the biggest season I’ve ever had really. With the 23 races it’s going to be hectic, we get four weeks off in the middle of the season, which you can’t really take off, you take one week off and you’ve got to be back training. It’s going to be a massive season, so it was key and vital to have the one month off in Australia.

With the 23-round world championship next year, is there a particular track you are looking forward to going and competing at? You had some pretty good results in Portimao last year, I remember watching you wildcard that Moto3 World Championship race, you still got the points but even in that race it looked like you had the pace to be even higher. Then with the return to Australia, it would be pretty cool to go and ride Phillip Island, a track you rode when you were a bit younger but this time on a full-spec GP bike.

Yeah, 100 percent. The track I am most excited to come to is Australia, that’s just in regards to riding in Australia, the atmosphere in Australia and getting my whole family to be able to come down and watch me. Like you said, one of the tracks I most looking excited to go and being able to show my potential, will be Portimao. We’ve been strong there since we’ve went there really there. We were doing a good race last year [in the Moto3 World Championship] and that race was a point where it was kind of disappointing. If you look behind the scenes in lap-times in the race, we were going faster than the people in first, we were catching the front group, me and Izan Guevara, who ended up finishing fourth, so there were massive results on the table there. I unfortunately let that slip away. That is what it is and you’ve got to learn in this sport, and that’s one thing I’ve got to learn from. But 100 percent, going back to Portimao, it’s one track I’m really just excited to get back to, just a really good atmosphere there and I enjoy the track – it’s so fun. A lot of my friends and mechanics and crew chief live around there and just have really good support around Portimao as well. It’s good to go back there, like my crew chief from last year will get to come and watch and normally he goes to things with [Miguel] Oliveira, so it’s good to have him come. It’s kind of like my second or third home track really, obviously Australia which is a home track, then we’ve got Valencia, which I count as my home track here in Europe, as it’s probably the closest track for us, and that’s where my friends from Mallorca all go to watch. These three tracks are the ones I’m most excited to get to and have a real good crack at it. There’s Qatar, that’s going to be awesome to go to, just because it’s the first round and we get to ride under the lights, which is going to be interesting because I haven’t really done that before. It will be good fun to go there as well and just get the season underway, the pressure off the shoulders because the first race is always the hardest, isn’t it? It will be good to just get started in the season and just want to continue pushing and get things underway for the first round.