As the 2022 Australian Superbike Championship (ASBK) season-opener draws closer, CycleOnline takes a look at six key storylines that emerged from the official test at Phillip Island in this latest Countdown feature. 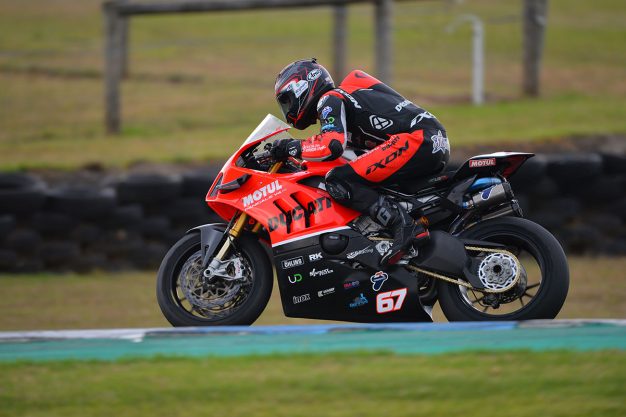 6. Rookies adapting to Superbike demands:
As two of the top three domestic Supersport riders from 2021 graduate to the premier class for the upcoming season, much interest surrounds the progress of Broc Pearson and Max Stauffer as they continue to come grips with their respective YZF-R1s. Pearson had the chance to sample both Honda and Yamaha litre bikes last year at Morgan Park, setting an impressive pace to indicate that he may come out of the blocks swinging with the 727 Moto Yamaha team. The Queenslander took a measured approach to the test at Phillip Island, admittedly expressing the learning curve of coming to grips with the bigger bike around the faster Phillip Island circuit, ending the two days 16th fastest courtesy of 1m35.181s. It will be interesting to see how the Supersport champion fairs at tighter circuits on the calendar such as Wakefield, potentially a real force to be reckoned with if Morgan Park form is an indicator. Stauffer was just over one second adrift, posting a 1m36.397s finish the test in P18, the teenager however showing the most improvement out of anyone in the Superbike class between the first and last dry sessions, bettering his initial session’s time by over three seconds. One can expect Stauffer to take a calculated approach to adapt to the R1, however, wherever he lands at the opening round one he is sure to put up a fight as he has previously shown grit and a never say die attitude to achieve the best possible race result under different circumstances.

5. Staring gets down to business:
When the Kawasaki BC Performance team revealed they would not be attending the 2021 ASBK series finale at The Bend, Bryan Staring was left in search of an opportunity for season 2022. The West Australian – who once was a housemate with DesmoSport Ducati co-owner Ben Henry – found refuge with the factory-supported Ducati team and looks to refresh his racing career in 2022 with proven machinery and surrounds. Staring consistently posted lap times in the 1m33s bracket over the two-day test at Phillip Island and, while the former champion benefited from riding at track days at the circuit earlier in the week, his swift adaption to the V4R is evident as he finished fourth overall thanks to a 1m33.026s. A strong effort considering he has been off the bike longer than most in the lead up to the week at the Island.

4. YRT resurgence:
For years Yamaha Racing Team was the force to be reckoned with in the domestic road racing scene and, while the brand’s factory team has secured solid results in recent years, the motivation to return to championship-winning ways is clear for 2022. Two-time ASBK champion Mike Jones was signed alongside former Supersport champion and last year’s Superbike number three Cru Halliday, with the team also switching to Pirelli rubber for the upcoming season, a move that Halliday has labelled positive as he immediately gained front end confidence. P2 overall with a 1m32.232s would suggest Halliday is feeling confident with the team’s set-up, himself being the only rider to get within half a second of Wayne Maxwell’s quickest time. Jones has experienced limited dry track so far as he familiarises himself with the R1, however, he still managed seventh overall at the test and can be expected to have a stronger outing at the opening round later in the month after he gets more seat time. While YRT’s approach goes from strength-to-strength for 2022, Yamaha-mounted privateers also impressed over the two days, Aiden Wagner (Addicted to Track Yamaha) and Markus Chiodo ending up fifth and sixth overall respectively. 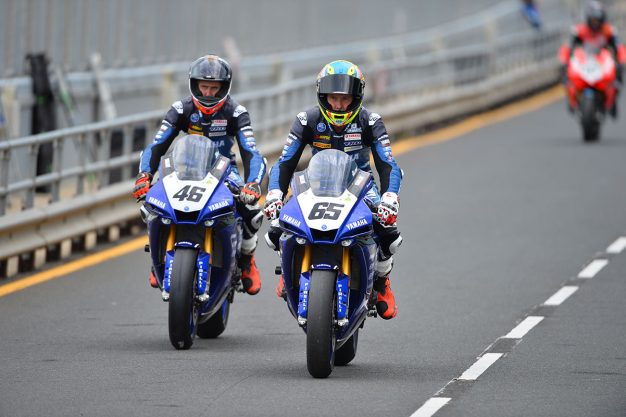 3. Herfoss still in rebuilding process:
Seeing Penrite Honda’s Troy Herfoss finish the test outside the top 10, P15 and over 2.5 seconds from Maxwell certainly catches the eye, but if one understands the physical battle that the former champion is overcoming then a 1m34.507s is certainly a credible effort. Herfoss is still in the recovery process from a crash at Hidden Valley’s round last year, injuries sustained include a badly broken humerus and femur, experiencing road bumps in the recovery process after the first surgery. A gutsy effort saw him return last year at The Bend, qualifying in eighth position. Herfoss then made an appearance earlier this year at the Summer Night Series held at Syndey Motorsport Park, showing pace close to the ASBK front-runners in attendance and was positive about the improvements in his physical condition. The high-speed nature – particularly the right turns – and Phillip Island provided a challenge for the Honda rider, revealing he was doing ‘half-lap’ efforts in the last session to help manage the load as he recovers. With another three weeks on his side, it is expected Herfoss will be in better shape come round one and, with that, most likely be much higher up the order.

2. Battle of the BMWs:
The championship-winning Next Gen Motorsports team essentially split into two late last season, with Shane Kinderis running Glenn Allerton under the Next Gen banner, while Wayne Hepburn and Nathan Webb went on to form BMW Alliance Racing, fielding Lachlan Epis alongside Nathan Spiteri. Now there are two BMW teams on the grid, each wants to be the leading representation in their bid for championship success. With Next Gen – currently running under the banner of Maxima BMW – announcing the major signing of multi-champion Josh Waters alongside Allerton for 2022, the pair sharing six ASBK crowns, it wouldn’t have been a shock to see them as the leading BMW squad at the conclusion of the test. However, it was Epis was quickest of them with BMW Alliance Racing, a 1m32.825s seeing him end the test in third, as Allerton was the top Maxima BMW rider in eighth after experiencing a high-speed fall at The Hayshed on day one. The experience, consistency and race-craft of Allerton and Waters will likely see them closer to the front when it comes to racing, but if Epis can hold pace consistently for race distance he could emerge as a threat, not only for the top BMW position, but also for the podium.

1. Maxwell targets four:
Wayne Maxwell picked up 2022 right where he left off last season. On top. The McMartin Racing rider is one of three riders who have the opportunity to win a record-breaking fourth ASBK title in 2022, since himself, Waters and Allerton are all on three apiece. It’s clearly early days and, as Troy Herfoss suggests, the ASBK test guide is the worst possible form guide, however, Maxwell’s sheer pace and margin atop the charts cannot be overlooked. The current champion notched a 1m31.848s to end the two days nearly four-tenths ahead of Halliday in P2, with Epis a further 0.593s adrift. Arch-rival Herfoss has been traditionally strong on tighter tracks, but if Maxwell can carry this advantage into the opening rounds to gain an early points lead, the margin could prove pivotal later in the season. 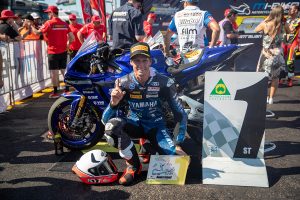 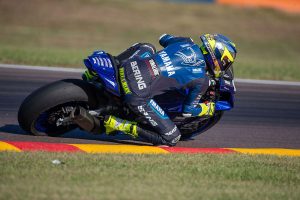