Pressing beyond the fastest lap-times as pre-season opens.

The first official test of the 2022 MotoGP World Championship made headlines over the weekend, where it was eventually Enea Bastianini equipped with his new Gresini Racing Ducati GP21 who set the benchmark. But there was far more to breakdown beyond the lap-times, which is exactly what we’re doing in this latest Q&A feature. 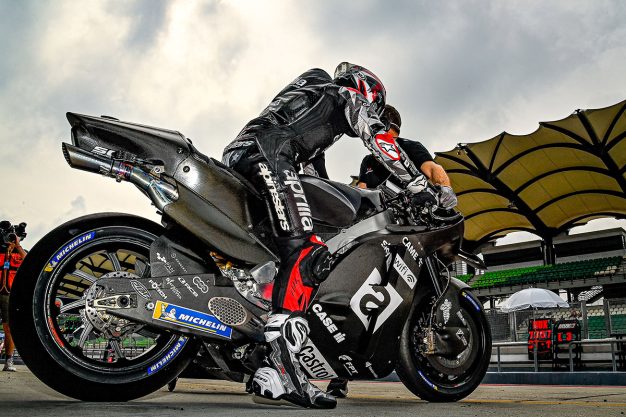 Q: Is the new-look Aprilia Racing team in line for its best season yet?

A: At the conclusion of the two official days – and Aprilia took part in the shakedown due to concessions – in Malaysia, day one leader Aleix Espargaro was only 0.026s off the pace in P2 and a further tenth of a second back in fifth overall, signalling good times to come for the RS-GP racers. Interestingly, however, the rider to top the charts was Bastianini, riding for the Gresini Racing team that formerly operated Aprilia’s factory effort until linking up with Ducati as a satellite squad. On paper and with the riders they’ve attracted, chances are Aprilia will be in for its best campaign yet, but they’re still being especially cautious about what’s to follow.

Q: Should we be concerned about Jack Miller being 14th overall?

A: With Ducati Lenevo Team teammate Francesco Bagnaia sixth and Miller half a second away from the top in 14th position – not to mention one of last year’s private Ducatis being quickest of all – we couldn’t blame you for wondering what’s going on. Still, with a heavy workload in the factory squad and recognised to be a ‘racer’ first and foremost, Miller wasn’t discouraged: “We were able to improve a considerable amount today. I only pushed on one time attack because I had an issue with the bike. Saying that, to go and push on one tyre and do time we did – I’m happy about that. The pace was there also, but again, we’re working on engine character and the way the electronics are working. We’re quite busy – in between that and trying new parts, it’s been a busy test.”

Q: What’s going on with the KTMs?

A: With four factory riders split between Red Bull KTM Factory Racing (Miguel Oliveira and Brad Binder) and Tech3 KTM Factory Racing (Raul Fernandez and Remy Gardner), it’s understood that KTM is planning on leaving much of its development to the official test team, instead letting the race teams focus on refinements through the season. The new RC16 is an evolution of sorts, rather than being drastically new, and the Austrian brand’s fifth full term in the premier class is bound to be another important one – especially with standout rookies Gardner and Fernandez stepping up from Moto2. Best of the KTMs, though, was Oliveira half a second down in P15 on combined times. 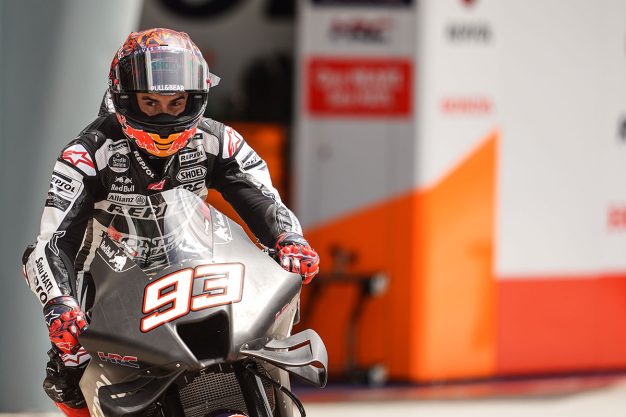 Q: You can see the new RC213V is visually updated, but just how different is this new model?

A: By all indications, the overhauled 2022 Honda RC213V MotoGP contender has been designed to develop a wider range of riders, rather than purely favouring the style of Marc Marquez. More specifically, what that means is that the bike is supposed to be ‘easier’ to ride, more forgiving and offers added rear grip on corner entry for the broader group of Honda riders. Still, Honda engineers are looking toward the upcoming Mandalika test to further unlock potential leading into Qatar. Different? Certainly. Better? Let’s wait and see what the results say.

Q: Has Suzuki made any progress for the new year?

A: It appears so. While Alex Rins wound up fourth and 2020 world champion Joan Mir was further down the charts in 12th, the word is that power has been improved while still maintaining the sheer pace the GSX-RR is known for over race distance. With that added horsepower, the chances of fighting for wins should be up on last year.

Q: Will Monster Energy Yamaha’s Fabio Quartararo be in a position to defend this year with the latest M1?

A: Of course, we fully expect the reigning world champion to be in the mix come Qatar and during the entire season, but Yamaha needs to ensure that he has the equipment to truly challenge again over the course of 18 rounds. Top-speed will be essential since it’s what the Frenchman seems to want most, but so far, it hasn’t eventuated. In the end – and it’s only early days – Fabio Quartararo was positioned seventh and Franco Morbidelli was back in 24th. Team director Massimo Meregalli said that they will decide in Indonesia exactly what specification the factory pair will begin the season with.