Queensland youngster Glenn Nelson has emerged onto the domestic racing scene as a force to be reckoned with, highlighting his first full season on Yamaha YZF-R3 machinery with race victories at the final round of last year’s Australian Superbike Championship (ASBK) at The Bend. He features in our latest Profiled piece.

Nelson, still just 14 years of age, received his first bike at the age of seven – a Suzuki DR-Z70 – and shortly after competed in his first dirt track race at the Mike Hatcher Junior Motorcycle Club.

“We did a couple of races on the DR-Z and then a guy named Dave Barr came along and offered us to ride his KTM 50,” explained Nelson. “After that we started going to North Brisbane as well and we were winning there. In 2015 a friend asked us to go down to Gunnedah to try out oil track.”

In what was Nelson’s first outing on the oil track, he secured the New South Wales Dirt Track title in the 50cc Div 2 class before experiencing an even stronger 2016 season, winning his first Australian title before competing in his maiden road racing event in 2017 on a Metrakit 70. 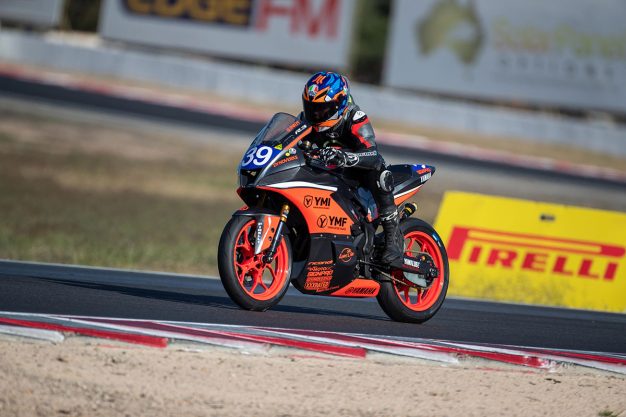 “We saw Locky Taylor do the switch and he was going into the Asia Talent Cup, and Travis and Josh [Hall], they were doing it as well, so we thought we would try it out,” he added.”My first race was 2017 Morgan Park Southern Downs, we went to Gary McCoy’s from Monday to Friday, then Saturday to Sunday we raced in the wet and the dry.”

Nelson showed promise in a GP Juniors outing at Morgan Park in 2018 before being selected to compete in the 2019 Oceania Junior Cup, a season where he faced what was admittedly the biggest setback of his racing career, crashing at Phillip Island and having to be airlifted from the circuit with extensive leg injuries.

“I’d say that was the biggest setback we have had,” he remembered. “That was in the first season of OJC at round six, coming through Siberia. The recovery was about 10 or 11 months, then we bought a 300 and we were going around Morgan Park doing 25s in the first weekend.”

Last year marked Nelson’s first full season at the national level in both the Supersport 300 and R3 Cup categories, a year where he showed great progress through each of the series’ three rounds to ultimately win races in both classes at The Bend’s season finale, elevating himself to second in the final R3 Cup point-standings. 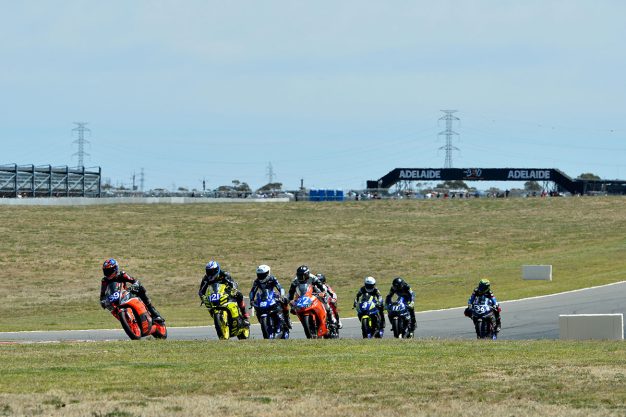 “In the first race that weekend when I fell off, I came in after the race and I told myself not to worry about what just happened,” he said. “Then I went out and I just had more confidence – I was leading the race most the time and I got swamped on the last lap.

“I still got third in the race and I looked down and was like, ‘I’m liking this, we are having a good weekend’. Then we moved onto the Sunday and just out of the gates, straight away on the pace and coming over the line to take my first win, it was so, so nice. There are 28 riders out there and it’s just an amazing feeling. ”

After finishing 2021 so strongly, Nelson targets an even stronger 2022 season, aiming for championship success in both the Supersport 300 and R3 Cup categories, hoping to achieve great results to help open doors for an overseas opportunity.