Young gun Joe Mariniello is determined to make a mark in the sport, currently preparing to embark on the US and compete in the MotoAmerica Junior Cup category with the 3D Motorsports team. CycleOnline caught up with the just-turned 21-year-old to get his Fast Thoughts on a range of topics. 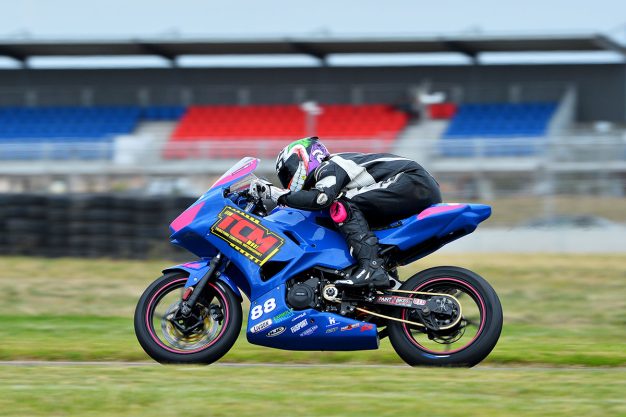 The opportunity with the 3D Motorsports team…

It’s definitely going to be an exciting journey, after talking back and forth a couple of times on conference calls I thought this is definitely the right choice. They are really into it, they really want to help me and Luke [Power] and their attention to detail was there. I was like, ‘it’s really now or never at 21 years of age, if we are going to go overseas now is the time to do it, we might as well do it now’. This is a good opportunity to do it, I thought I was improving as well as a rider, so yeah, definitely, great chance to give it a crack.

Having fellow Australian Luke Power as a teammate…

Yeah, it will definitely help. When they were chasing a 600 rider, I said I know a guy and his family were really keen to get him overseas sometime this year, Europe or America. To have Luke over there, we will live together, there’s someone to train with, we will be sharing a house, we can go cycling every morning together, go to the gym, then we can bounce back off each other as well, which is really good. If he has got feedback to give me I can take that onboard and vice-versa. Definitely happy to have an Aussie there, I think it will help a lot, both personally and through the whole journey, it’s a big country and when you are the only Aussie there by yourself it can suck sometimes I reckon.

We are going to be based in Oklahoma in Norman. Dustin [Dominguez] is also based in Oklahoma, so we will be right next to him. We are just working out details now, but we are just going to be sharing an apartment in Norman, I think it’s 10 minutes from a go-kart track and we will be training there in the afternoon – we can look out for each other on the road, someone to push me and someone to push him, I guess. We’re not too far from Circuit of the Americas (COTA), I think that is like a three-hour drive and the closest MotoAmerica track to us, so we are going to do a test there on the 8th of April. That’s the first test to kick us off. 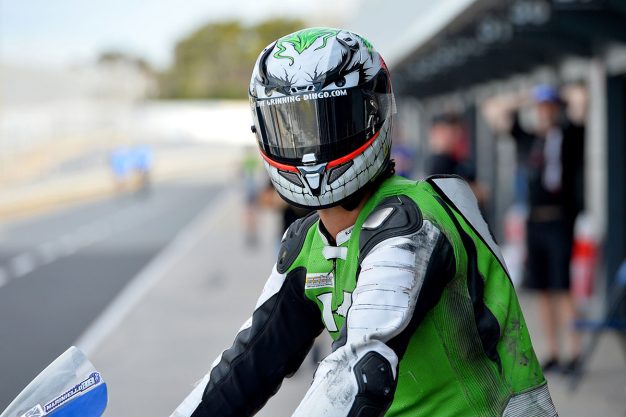 Differences between ASBK and MotoAmerica-spec Ninja 400…

There’s a fair difference. First of all, they have got weight limits in their class, so I think it’s pretty much the same as World Superbike rules, like it’s combined weight, the bike can rev a bit more, you can do a lot more than what you can here. Probably just can’t make it as light, that is the only thing, that’s a major difference. They just try to make it as close as possible over there and I think the 400 is the better bike to be on over there, if you look at the past results. They just follow WSBK rules, the FIM came over a couple of years ago and implemented them into the class. Here I was busting my arse limiting my eating every day, doing cardio, but I literally couldn’t get out of bed, I was just not eating so I could be as light as possible. It was difficult being a taller sized bloke, I think with weight limits there it is definitely going to help a lot. That was like the biggest thing, I’m going to be on similar machinery, I might be a little bit bigger, but it won’t be like a 20-30kg deficit I’m trying to make up.

Goals for first season in MotoAmerica…

We have definitely got goals, I think this year is really to learn the tracks. That’s one thing I’m not going to have on the other kids is I have never been to the tracks and they know them. I’m just going to have to learn to adapt to the tracks pretty quickly, I think I’m going to get two sessions on the Fridays. The team’s expectation is that as long as I am improving they are happy, but I think my personal expectation will be to get podiums this year and try and consistently be inside the top five – that’s the initial goal, be top five, then after that once we get a nice set-up with the bike and everything starts gelling, I think we definitely want to push for podiums and wins.