The most pivotal races on this year's domestic and international calendar.

A return to normality in terms of racing both domestically and internationally to the excitement of riders, teams and fans is looking more likely for season 2022. Two challenging years navigating the pandemic saw many events cancelled, however with things moving positively, CycleOnline outlines a selection of highly-anticipated events in this Top 10 feature. 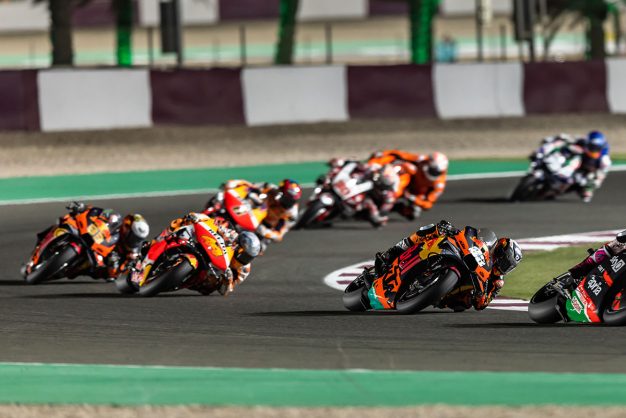 1. Australian MotoGP returns:
After a two-year hiatus from one of the fastest and arguably most picturesque circuits on the world championship calendar, MotoGP is set to make a highly awaited return to Phillip Island in October. With two Australians now in the premier class, anticipation couldn’t be higher as fans will have the opportunity to cheer on factory Ducati-mounted Jack Miller – always fast at the 4.445km circuit – and MotoGP rookie Remy Gardner onboard his Tech3 KTM Factory Racing RC16. Joel Kelso will also be competing in the ultra-competitive Moto3 category, giving Aussies a local hero to support in the lightweight class. The high-speed and flowing nature of the circuit always provides great racing, and the atmosphere nearby in Cowes during the race weekend adds to the experience and excitement, not to be missed.

2. ASBK season-opener:
In what is hoped to be a return to normality for 2022, this year’s ASBK calendar features eight rounds after the last two seasons were heavily impacted by the covid. Anticipation levels are high entering Phillip Island’s season-opener, with a number of intriguing storylines itching to ink their next chapter, Wayne Maxwell out of ‘retirement’, Troy Herfoss rebuilding, battle of the BMW teams and Mike Jones to Yamaha in a refreshed approach by the bLU cRU outfit, the list goes on. In Supersport, last year’s vice-champion Tom Edwards will be looking to take the first step to make it one better for 2022 and start his year off with a victory, while double Supersport 300 and R3 Cup champion Ben Baker headlines a list of hungry new contenders eager to fight up the front. Also competing will be Supersport 300 and R3 Cup competitors, plus some of Australia’s youngest road racing talent in the Oceania Junior Cup onboard the latest V3 YZF-R15s.

3. WorldSBK back in town:
With the highly-accessible and engaging WorldSBK paddock absent from Australia since 2020, riders, teams and fans alike are hungry for the pinnacle of production motorcycle racing to return. While a return for 2022 is still TBD, Phillip Island is pencilled in as the season finale for the WSBK championship, and if the previous visits to the circuit are any form of an indicator then the racing is sure to be intense – especially if both WorldSBK and WorldSSP titles come down to the wire.

4. MotoGP at Losail:
Entering what could be the closest and most competitive season in MotoGP history, it’s hard to pick a clear title favourite with so many riders on different manufacturers covered by such a little margin. To put this in perspective, there were four different manufacturers in the top four at the latest Mandalika test in Indonesia, and the top 20 were covered by just eight-tenths! Rewind a week earlier to the Sepang test and the top 10 were covered by less than three-tenths, over a near two-minute lap! No one rider or manufacturer has had a clear advantage, so racing under the Qatar lights is sure to be an intriguing spectacle, and many questions may begin to be answered as the season gets underway in just over two weeks.

5. Darwin Triple Crown:
Returning again to Hidden Valley Raceway for 2022, the ASBK championship will reach its halfway point at the Northern Territory venue. It was a round of attrition last year for some key title contenders and the scorching Darwin climate coupled with the Hidden Valley layout and attributes always provide a challenge. Making this round unique, the Supercars championship will also be present and competing. If last year’s schedule is a reference then Superbike competitors will get three races as opposed to the traditional two per round, meaning even more heart-pumping action for those in attendance.

6. The Bend ASBK decider:
Following a near six-month break from domestic national competition due to the pandemic, returning last year at The Bend for the season finale was epic. Especially when our top ASBK riders were met with an influx of international contenders returning home, headlined by none other than Jack Miller. By all accounts, this year’s season finale has been scheduled in a similar December timeslot with the hope of attracting the likes of Miller, other Australians and broader nationalities in their ‘off-season’ to compete at home and help further build the profile of the ASBK series. If that is the case, fans could be in for a treat and Australian talent can see how they stack up across a variety of different classes.

7. Aragon start for SBK:
For the first time since his switch to Kawasaki back in 2015, Jonathan Rea was dethroned of his WorldSBK title in 2021 by the charismatic and always exciting Toprak Razgatlioglu. In a season that produced arguably the best racing the championship has seen in the last five years, hype surrounds the opening round of the 2022 season in Aragon where the battle will recommence. Add Alvaro Bautista to the frame, returning to the Ducati squad where he is proven fast, last year’s number three Scott Redding moving to the BMW Motorrad WorldSBK team and former MotoGP rider Iker Lecuona making the switch to the paddock equipped with HRC machinery, there’s sure to be plenty of focal points at the season-opener. To the delight of Australian fans the name Bayliss will once again be present, Oli – the son of three-time World Superbike champion Troy – will be competing in WorldSSP with the Barni Spark Racing Team, Panigale V2-mounted, alongside fellow Australian Ben Currie making the move from BSB. This year also marks a massive shake-up in WorldSSP, as alike Bayliss, many riders and teams are now equipped with a higher capacity two or three-cylinder machine such as the V2, Triumph Street Triple RS or MV Agusta F3 800 RR, adding further intrigue to the opening round of the season to see how they stack up against the traditional four-cylinders.

8. BSB Showdown begins:
In short, the BSB series is split into two parts, a regular season that leads into a three-round showdown, the top eight qualifying for the showdown and are awarded an additional 1000 points to ensure they are well clear of the competition. With additional ‘Podium’ points also on offer during the showdown, stakes could not be higher in the final three outings in the race to be crowned British Superbike champion. The likes of McAMS Yamaha -equipped Jason O’Halloran and two-time champion Josh Brookes always provide competitive Australian representation, and the mix of tight and undulating circuits coupled with faster flowing GP circuits provides different manufacturers with the opportunities to showcase their respective strengths.

9. EWC hits Suzuka again:
Arguably the most prestigious race on the Endurance World Championship calendar, the Suzuka Eight Hours is set to return on 5-7 August for the first time since 2019! What makes this event so fascinating is a number of Japanese based teams doing a one-off endurance appearance at the event, often drawing in high profile international riders to represent them alongside the best local Japanese talent who are extremely fast on their home circuits. It also provides the rare chance to see riders from a multitude of different series go head-to-head at the same venue, and while fans wait with bated breath for the entry-list to be confirmed for this year’s edition, it can be assured manufacturers will be pulling out all the cards to ensure they can be crowned as the prestigious race winners.

10. FIM MiniGP launch:
Part of the ever-evolving Road to MotoGP platform, the FIM MiniGP Australia Series is the latest addition to the FIM MiniGP World Series, where riders aged 10 until the end of the year they reach 14 compete on Ohvales across a five-round series. The winner is given the opportunity to compete at the FIM MiniGP World Series Final during the week of the last round of the MotoGP World Championship, where the rider that emerges victorious is granted a spot in one of the Road to MotoGP programs – such include the Asia Talent Cup and the Red Bull Rookies Cup. The opening round of the Australian series will be held at the Melbourne Internation EV Karting Complex on 5-6 March, sure to attract a host of Australia’s top junior road racing talent.