Assorted racer comments following the first round of the season.

In Quotebook, a selection of riders detail how their races played out in the opening round of the 2022 Mi-Bike Australian Superbike Championship at Phillip Island. 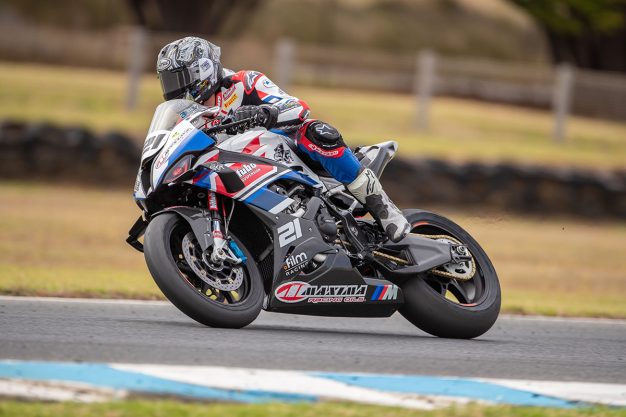 Cru Halliday (Yamaha Racing Team) – Second:
A podium at the opening round is always the goal of any championship and I’m glad we were able to get that this weekend and start the year on a strong note. I gave it my all in both races, but it’s satisfying to get a good result and give the Yamaha Racing Team a result we can be proud of.

Mike Jones (Yamaha Racing Team) – Third:
It was great to get the first race done and out of the way as well as achieve a good result for the team. Sometimes you can do as many laps as you like in testing but it’s the intensity of racing where you gain the most knowledge and I think today was successful in many ways for us. The YRT crew were great to deal with and I think we are building a great working relationship together. Nothing was too much for them but to be honest, we weren’t searching for much all weekend, just minor adjustments to dial the bike into the conditions. I feel we can improve on today and think we will get better as we go along, but I’m happy with the weekend and look forward to the coming rounds.


Glenn Allerton (Maxima BMW) – Sixth:
The weekend’s race was not what I had hoped. I was having problems with an ear infection, but the team dug in and we managed to improve all the way through the weekend which is a good sign of things to come. I’m excited to move onto Queensland Raceway and race again.

Josh Waters (Maxima BMW) – Fourth:
All in all, it was a positive weekend for me. Friday free practice went well, to qualify on the front row was great and to then finish both races in the top five and to be fourth overall in the championship is a good start. We have some work to do before the next round in a couple of weeks’ time as there are some areas that now after being in the heat of racing I think we can improve on. A huge thanks to the team, our sponsors and my personal sponsors for their help and support.

Troy Herfoss (Penrite Honda Racing) – 13th:
What a feeling rolling back into the garage after that warm-up ride on Sunday, to see the Fireblade on top of the speed trap at the Island for the first time since I’ve ridden for Honda. I felt really fast and it was a positive step forward for the team. It’s great to be back at the track racing and a big thanks to all our sponsors who came past this weekend and those who continue to support the team. We look forward to improving on this result.

Bryan Staring (DesmoSport Ducati) – First:
What a weekend! I really want to thank the DesmoSport Ducati team for everything they’ve done to get me comfortable on the bike and within the team. At this level, it’s so important to have a good group of talented people around you to perform. Losing Byron Draper on the weekend due to covid was a blow for us, but Ben [Henry] led the team well to adapt and perform. I never expected to leave round one with the championship lead, even though I was confident we would do well. It’s a long championship and we have strong competition, but I’m really happy with this start to the season, and to finally be reunited with my wife after border closures kept us apart the last few weeks so I could test and race this weekend.