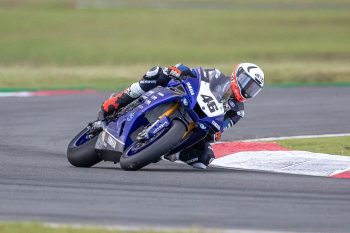 Jones has been the class of the field so far at round two, fastest on Friday and again this morning before setting the pace in qualifying at 1m07.673s.

Behind him came opening round winner Bryan Staring – the man who replaced Jones at DesmoSport Ducati – and Wayne Maxwell (Boost Mobile with K-Tech McMartin Racing Ducati) made it a pair of Panigales on the front row as all three lapped within the 1m07s.

Second of the factory-backed R1Ms, Cru Halliday will start out of fourth position after Maxwell bumped him out of P3 in the latter stages, with Josh Waters (Maxima BMW) continuing his encouraging run of form to fill the top five.

Lining up out of P6 was another promising sign for Unitech Racing Yamaha-mounted Arthur Sissis, edging both Lachlan Epis (BMW Alliance Racing) and Glenn Allerton (Maxima BMW) for position. Completing the top 10 this afternoon was Troy Herfoss (Penrite Honda Racing) and Jed Metcher (727 Moto Yamaha), best of those who transferred through Q1.

Absent from today was South Australian Daniel Falzon, the JD Racing Yamaha rider swiftly returning home last night for his wedding today, before he plans to return tomorrow morning and start from the rear of the field on Sunday. 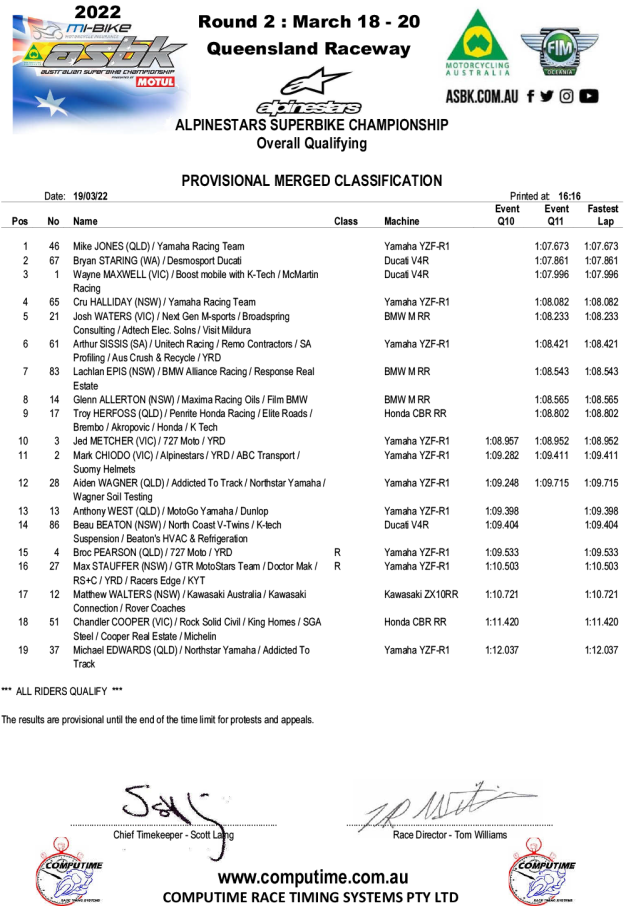