ASBK finale moved one week forward at The Bend

Round seven of championship to be contested on 25-27 November. 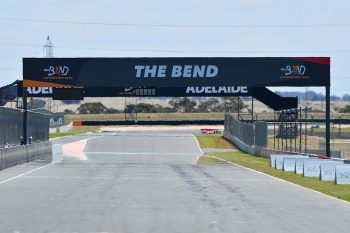 The 2022 Mi-Bike Australian Superbike Championship finale at The Bend will be contested one week earlier than originally planned, the date change to 25-27 November necessary following the South Australian Government and Supercars announcing the Adelaide 500 will return on 2-4 December.

In the interests of ensuring the best ASBK event for race fans in South Australia, across the country and at home watching on television, the decision was made to change the date.

“While you never want to change your calendar after the season begins, this change is a small one and we’re pleased to be working alongside the management team at The Bend Motorsport Park to ensure the best possible outcome for the Championship and our passionate fans,” Motorcycling Australia CEO Peter Doyle explained.

The Bend Motorsport Park managing director Dr. Sam Shahin added: “We are delighted to be hosting the season finale of the ASBK Championship at The Bend, and the shift of dates will allow us to build on the momentum from last year to invite international riders to compete.

“Jack Miller’s participation last year brought another dimension to ASBK racing in Australia, and we are feverishly working on a repeat appearance this year.

“The ASBK finale has rapidly become one of the best motorsport events in the country, and certainly on par with our Supercars event at The Bend in the context of motorsport support in South Australia; this is how big support for two-wheel racing is in SA.”

The announcement marks the second reshuffle to the 2022 ASBK series following the newly reoccurring motorsport calendar shake-up, with round sixth round to be held at Symmons Plains Raceway, Tasmania, cancelled altogether.