Achieving a wealth of success in the Australian junior dirt track ranks, GTR MotoStars rider Cameron Dunker wasted no time transitioning his speed to the bitumen. The fast 14-year-old has convincingly started the 2022 season to lead the Supersport 300 class in the Mi-Bike Australian Superbike Championship, and features in our latest Profiled piece.

Dunker received his first bike at the age of four, a PW50, and spent time riding and learning on that before transitioning to racing dirt track in the following years.

“The first time I rode at a track, I was five I think,” Dunker explained. “My first proper race on a geared bike, I was about seven. During my dirt track career, I had some really good results. On the 65, 85 and 80 modified  I won a few Aussie titles.

“I think there was a NSW title in 2019 where I won every race and I was riding three bikes at that time, so three titles in the one meeting, that was probably my biggest highlight moment that I can remember.” 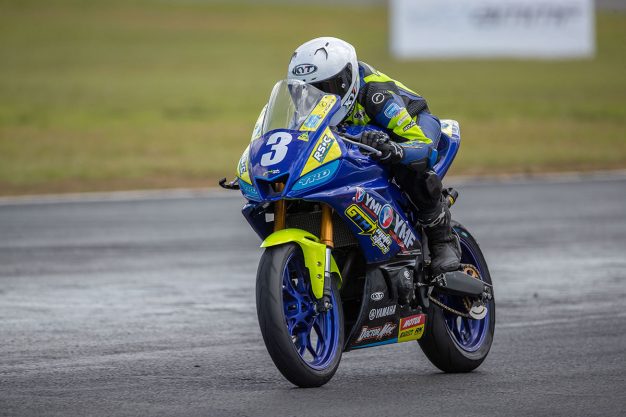 In 2017 Dunker gave road racing a try with MotoStars at Port Macquaire, and despite liking it, put the discipline aside until 2019 when he was granted a wildcard in the last round of the Oceania Junior Cup (OJC) season at Sydney Motorsport Park.

“I had some pretty good results there, I was the first rookie, wildcard to lead a race, which was pretty cool,” Dunker added. “I didn’t really get the results that I wanted, but for my debut ASBK round it was pretty good.”

After scoring a top eight in his first OJC race, Dunker competed in the complete series in 2020 where he finished third overall. The end of 2020 saw him debut on a Yamaha R3, also, setting him up for a 2021 campaign in both the Supersport 300 and R3 Cup.

“My first full season on the R3 was 2021, but I did the last round in Wakefield in 2020, as my birthday was on the Friday so I was old enough to ride on that day which was pretty cool.” 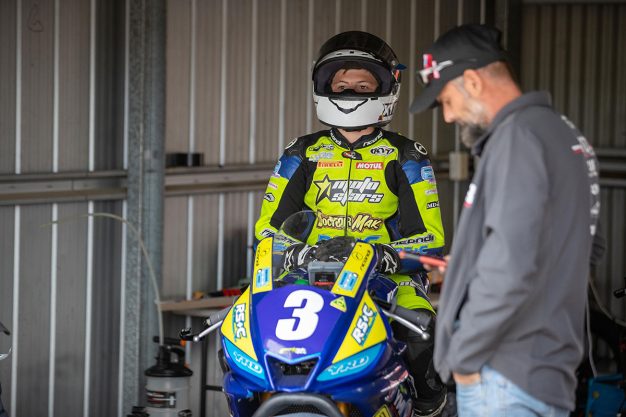 Dunker showed promise throughout 2021 and has taken the next step this year to assert himself as a championship-winning contender in both classes. Three rounds in, the number three has a commanding 25 point lead in Supersport 300 after a perfect scorecard at Wakefield and remains right in the hunt in the R3 Cup.

While championship success is firmly in Dunker’s sights this season, he would relish the opportunity to ride a grand prix bike and explore avenues of racing in Europe or Asia. That said, remaining in the ASBK paddock for another season is not off the cards.

“Longer term, I want to go over to Spain, and ride in CEV or ETC (European Talent Cup) and hopefully make my way to world Moto3.”