CycleOnline.com.au names five riders that will star this season.

The opening practice of the 2014 Swann Insurance Australasian Superbike Championship will take place tomorrow, marking the vital first laps in what’s pegged to be a tight season of competition.

CycleOnline.com.au will be on hand throughout the season monitoring the series’ progress, showcasing the sport across all categories, from factory level to privateer. Season 2014 has arrived! 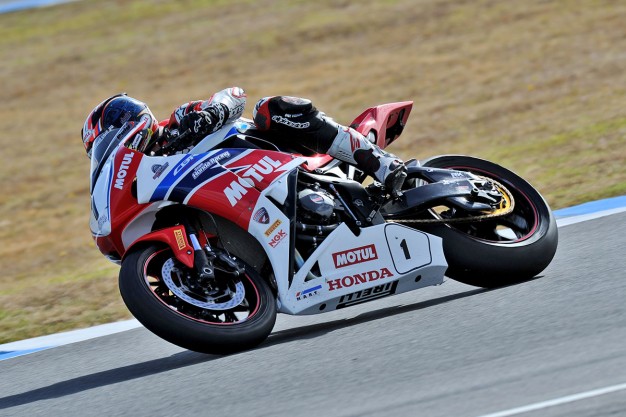 Rider: Glenn Allerton
Team: Next Gen Motorsports BMW
Bike: BMW HP4
Title chances: A+
Rundown: A two-time Australian Superbike Champion aboard the stunning BMW HP4, this title is Allerton’s to lose – that’s even what his rivals are saying. Like 2008 and 2011, when Allerton has momentum on his side he’s a difficult rider to stop, which essentially stems through confidence. He’s on the ‘best’ bike, is familiar with the circuits after a number of prior FX guest appearances and wants to make this year count after a disappointing finish to last season in the ASBK. What he will have to adapt to though is returning from Pirelli to Dunlop tyres, which he says isn’t a problem.

Rider: Wayne Maxwell
Team: Motul Honda
Bike: Honda CBR1000RR SP
Title chances: A
Rundown: As the current ASBK champion, Maxwell has been vocal about the regulations not suiting bikes with less power and electronics than others in stock trim. Despite having an up-spec SP model at his disposal, Maxwell knows Allerton’s not easy to beat if he’s given any sniff of an advantage and many believe he has that. Plus, he’s coming off injury. Will Honda be able to refine the chassis to make up for any foreseeable power differences? Time will tell. He’s also going to be hard-challenged pushing Allerton around Wakefield with minimal laps at the venue, but just like last year will get stronger as the year progresses.

Rider: Jamie Stauffer
Team: Team Honda Racing
Bike: Honda CBR1000RR SP
Title chances: A
Rundown: He hasn’t won a title since 2007, but we’re rating Stauffer on par with Maxwell for title hopes n 2014. Why? Because he has continuity at Honda, he always has been a charger, not too deterred by politics, and his style should suit the technical natures of Wakefield and Winton – tracks he’s well familiar with from a decade or so ago. Like Maxwell, he needs to get everything right if he’s to halt Allerton in the early stages, and both the top Honda riders need to work together if they’re to steal wins as soon as round one. 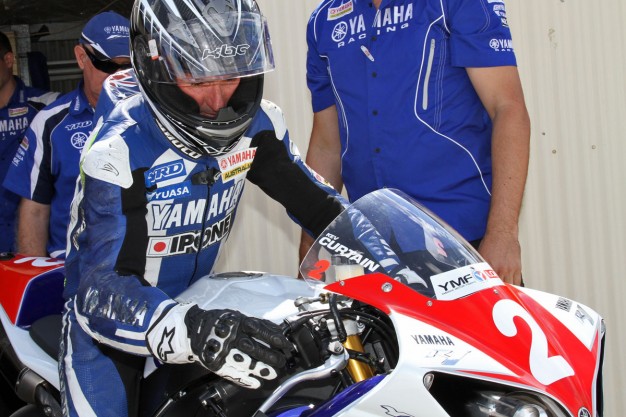 Rider: Kevin Curtain
Team: Yamaha Racing Team with YMI
Bike: Yamaha YZF-R1
Title chances: A-
Rundown: Curtain isn’t a multiple-time national champion and former world championship runner-up for nothing. He may have been off the pace during the sole pre-season test at Wakefield, but he’s proven before he’s no slouch at the venue. Curtain has more experience on these circuits than any of the recent ASBK imports and combined with refined settings on the R1, he is capable of winning but needs to be in attack mode from the outset. His main problem is the Yamaha has extra weight and less power than its opponents, which are no doubt stronger rivals than those faced when YRT won the title the past four years. Plus, now in his mid-40s, the next gen are well and truly experienced enough to challenge him.

Rider: Rick Olson
Team: Yamaha Racing Team with YMI
Bike: Yamaha YZF-R1
Title chances: B+
Rundown: After flying under the radar as YRT’s number two rider behind Curtain for many years, season 2014 could be the year Olson comes of age. He’s won numerous 600cc titles – even toppling Curtain in 2010 – and this year focusing on the 1000cc should pay dividends. For Olson to battle for the title he will need to ride ruthlessly on the R1, but be careful not to make too many mistakes when points are on the line. With aggression on his side and being well experienced in the shorter nature of ASC racing, race wins and podiums are certainly on the radar beginning this weekend. Having Halliday on an R1 now will also light his fire as a fellow rising star.