See a glowing engine debut of this supercharged sportsbike. 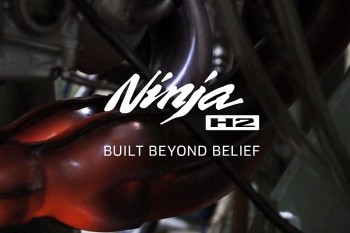 The Ninja H2 is one of the most anticipated supersports in recent memory, due to feature a supercharged motor upon its reveal at the INTERMOT International Motorcycle, Scooter and E-Bike Fair from 1-5 October 2014 in Cologne.

To view the previous launch previews, hit the links below as we’ve followed the progress all the way on CycleOnline.com.au:

Part one (released on 2 September)

Complete details can be found at www.ninja-h2.com.au.