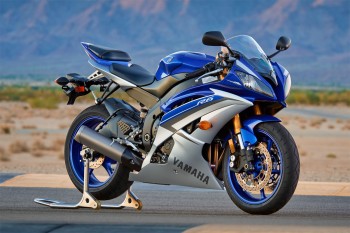 Information from overseas surfacing overnight has ruled out a significantly-updated YZF-R6 to be launched for 2015, with the middleweight supersport remaining essentially unchanged for next year.

Previous speculation suggested we could see an updated R6 released in line with the highly-anticipated 2015 YZF-R1 that will be unveiled in November, however confirmation of minimal updates for the R6 was made in the US (version pictured) and European markets this morning.

The major news surfacing today was the release of the hot new YZF-R3 from Yamaha, confirmed to be coming to Australia by Yamaha Motor Australia at Phillip Island.

Yamaha is yet to release further details on the arrival of the 2015 R6 locally.