One week and the opening round of the 2015 Swann Insurance Australasian Superbike Championship will be on track at Sydney Motorsport Park, providing us a first look at the talent on offer in the series this year.

With so many talking points, headlined by Yamaha’s new YZF-R1M and the signing of Wayne Maxwell and Glenn Allerton alongside Cru Halliday, we will finally get to see where everybody stands. And the fact is, right now, even the contenders are uncertain who will be where next weekend.

As per this week’s Countdown feature we posted, until the Yamaha Racing Team with Yamaha Motorcycle Insurance actually goes ahead and beats the Team Honda Racing/CBR1000RR SP/Troy Herfoss combination, the defending champion team is the one to beat.

And that’s where it gets murky, because of course the current riders champion Maxwell is now with Yamaha, albeit in the early stages of developing the bike. If the R1 is good to go from the outset (remember, when they tested in Sydney recently it was on the full circuit so we have no direct indication of where they are at), then Maxwell has to rate as the favourite with his number one plate.

In comparison to the Hondas, he and his teammates have had very little seat time in the past few months. Interestingly, Maxwell was actually spotted turning laps on a 2014-spec R1 at a Champion’s Ride Days event at Broadford just yesterday – far removed from the new R1M, but still valuable to an extent. 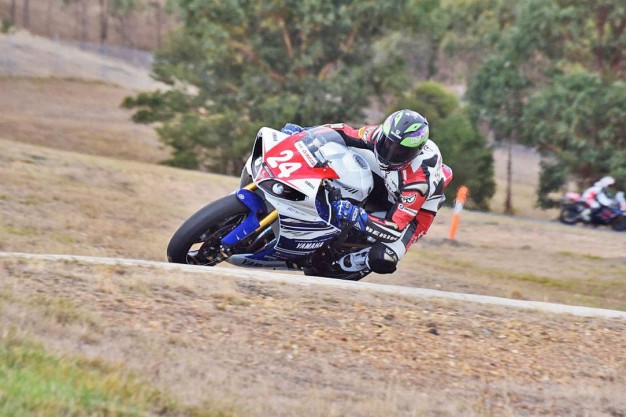 It’s actually one of the great topics to follow this year, because although Maxwell and Honda won both the ASC and FX-Superbike titles last year, now they’ll essentially go head-to-head in a bid to regain the respective titles. And the rider to do that as far as Honda goes at this point looks to be Herfoss.

Team Honda Racing mainstay Jamie Stauffer isn’t confirmed for Sydney’s opener yet as he is recovering from his broken pelvis and the complications from that, but you can guarantee if there’s any way possible for him to line up he will be there. If not, Herfoss will be the lone factory Honda in the field.

Speaking of Herfoss quickly, he will head to Japan directly after Sydney’s round one next weekend and looks set to contest the opening round of the All-Japan Superbike Championship on board a Sakurai Honda. The interest from Japanese teams in top-level Australian riders is a really positive trend that’s beginning to appear.

After a strong campaign in New Zealand, Linden Magee has been confirmed for a privateer Honda after he tested with the test at Wakefield recently, receiving factory support but not directly in the factory team. If Stauffer can’t ride, chances are Magee will receive even more help from Honda however.

And obviously there are far more capable riders in the field other than just the official Yamaha and Hondas. Mike Jones is expected to be a major threat on his Australian Outdoor Living-backed Cube Racing Kawasaki, Sean Condon (BikeBiz/Ipone/Swann Insurance Racing Kawasaki) is always quick and former champion Matt Walters (Kawasaki) is eager to regain form on his ZX-10R.

Beau Beaton made strong progress at the end of last year after just select appearances on his Craig McMartin Racing/Racer’s Edge Performance Ducati, which will only help him make further progress this season – especially when they take delivery of the new 1299 Panigale.

With the series’ Superbike category now only featuring A- and B-graders, there was just 14 riders confirmed as of yesterday, while the C- and D-grade Formula Xtreme ranks have 16. Combined, the 1000cc numbers (not including the Formula Oz ranks) is quite strong, but the grids could appear a little thin in the new structure. But as always, there will probably be late entries to come. 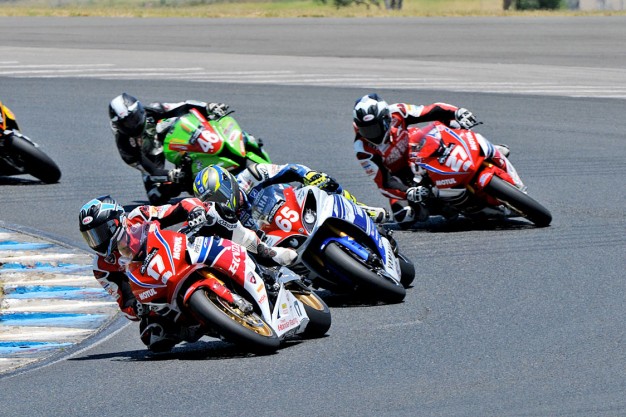 Supersport is actually really strong with 26 riders so far and plenty of new talent at that. Callum Spriggs and Michael Blair should be front-runners, alongside a few other regulars, but I am also keen to watch the progress of FX300 graduates Brandon Demmery and Kyle Buckley.

When you consider the entries across the board, from Superbike, to Formula Xtreme, Supersport, Formula Oz, Pro-Twins and the ever-popular Ninjas, there will be a lot of entertainment on offer from a spectator’s perspective.

By the way, keep an eye out for former Australian and World Supersport regular Mitchell Pirotta on the Kawasaki Motors Finance entry in the FX300 Ninja Cup ranks for what will be his first race in some time according to the entry lists.

So with a week to go, lets get sharing the event on social media, don’t be shy to invite your friends/family out for the opener and we’ll hopefully pick up even more momentum than where the series finished off last year. The sport deserves it!