Jack Miller, you legend! We’ve done a heap of content on it already, but we can’t get enough of the 21-year-old Aussie’s breakthrough MotoGP win at Assen last weekend. That should keep the naysayers quiet for a while.

A Viewpoint feature earlier this week showcases just why Jack’s win was so special, but on a personal level, as an Australian-based media outlet, we were pumped to get the opportunity to interview him just days after the race.

In fact it was just a quick text of congratulations the night of his win that led to the interview. As he does, Miller wrote back promptly considering the time differences between here and Europe, more than happy to speak to CycleOnline for a debrief. 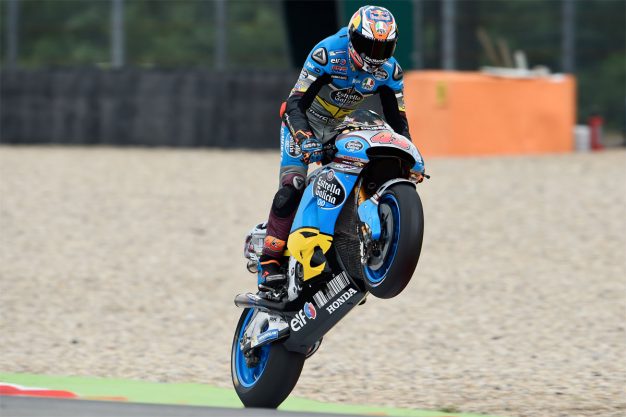 That’s what’s so likeable about Jack – he’s just a normal guy going about racing a motorbike as fast as he can, in what is the most elite series on the planet. Despite his success and sudden rise to MotoGP, he still remains in touch with his roots back here at home.

And the win’s come at a good time as well, because regardless of the conditions, it’ll be a shot of confidence for the Marc VDS Honda rider entering the German round coming up. Remember, Jack started his international career in the IDM and has great ties to Germany, so he’ll be on a high entering the round.

We’ve said it before, looking ahead to 2017 and the final year of Miller’s MotoGP deal with Honda Racing Corporation in which he’ll remain at Marc VDS, he’s in a tricky situation of sorts. With all the factories on two-year 2017/2018 deals with next season’s signings, it puts him out of sync with the official teams.

But as it happens, if you manage to get the results on the board, the opportunities will open up. Lets not look too far into the future, as for now, it’s just important to soak up this dose of success and make the most of a rare result on board satellite machinery. 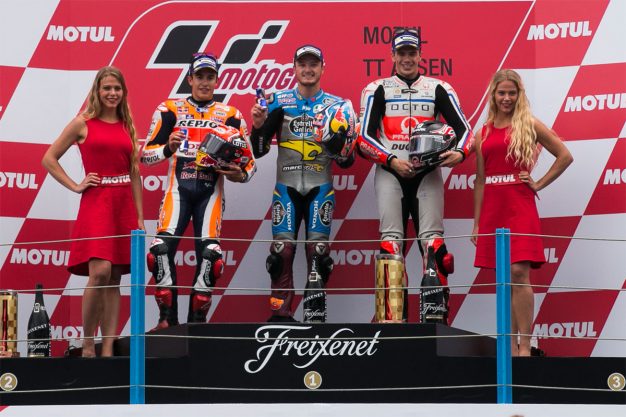 And from that, we’re experiencing what’s probably the quietest weekend on the calendar. There’s no Aussie racing, no MotoGP, WorldSBK, British Superbike, MotoAmerica, Asia Road Racing or any of the other major events we cover.

It’ll be all go again next weekend though, including round three of the Australasian Superbike Championship at Queensland Raceway, which will be another tightly-contested weekend at the halfway mark of the season.