Managing director discusses the brand and its direction locally.

With two brand-new models entering its range and becoming the official engine supplier of the Moto2 World Championship, 2019 is already a mega year for British manufacturer Triumph. Welcoming its latest dealership to the national network this week in Western Australia, CycleOnline.com.au caught up with Triumph Australia’s managing director Paul Chiodo at the Balcatta launch event to chat about the brand and its direction locally. 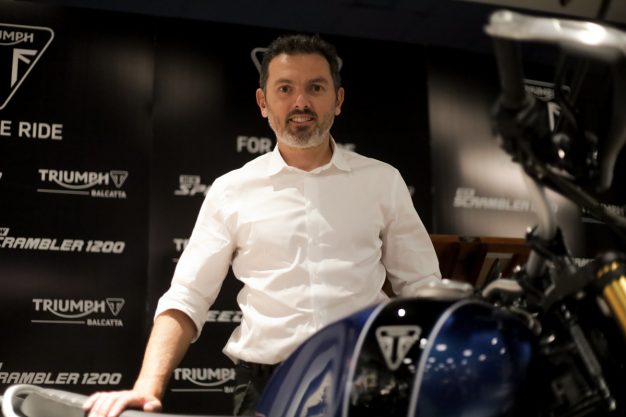 There’s a couple of new bikes from Triumph this year being the Scrambler 1200 and Speed Twin. It must be exciting for the company to be launching both models in Australia…

It is, especially the new Scrambler 1200 – it seems to be a new category that we’ve created. The bike has true off-road capabilities, and John Kent from Triumph Australia just took it through an off-road course – he spoke of how well it performed in the dirt, yet it still looks so beautiful. We’re really excited about it, and the Speed Twin too – it’s moved the game along for that type of bike. It has true, modern motorcycle performance for a classical looking bike.

It seems the Scrambler 1200 has received a strong response from riders, is that the feedback you’re also getting?

Absolutely! There’s been a huge buzz internationally and here in Australia. We’ve only had them in-store in Australia since Friday, so it’s very new. We’re really excited to see what it can do.

With an increasing range, what’s the direction that Triumph Australia is moving in?

We follow the direction that comes from the factory – they have an amazing range of Classics, a big range of Adventure bikes and roadsters. The roadsters are obviously being enhanced now with Triumph now the Moto2 engine supplier, which starts this weekend in Qatar. It’s pretty exciting – exciting from a marketing perspective, but also where Triumph will take that Roadster range. 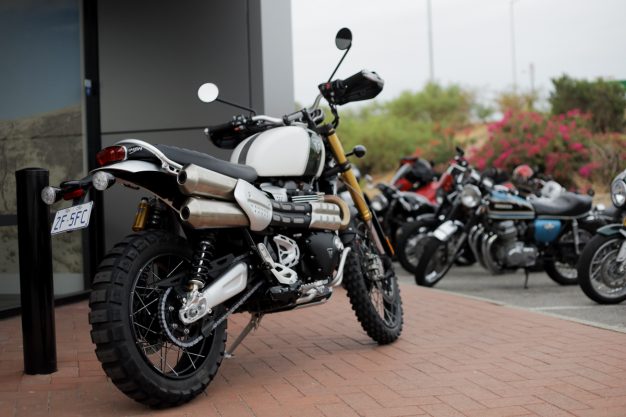 I was just about to touch on Triumph supplying Moto2 engines from this season. Is that something Triumph is going to draw off locally from the added publicity and marketing?

Yeah, there’s a huge marketing opportunity. Of course, we’ll see what product they bring to market based upon that activity.

I think sometimes riders don’t envision someone like yourself in a directors role as a motorcycle enthusiast, but you seem very passionate about motorcycles and riding them…

I’ve grown up in the motorcycle industry from a very young age – I still ride reasonably frequently, but not as much as I’d like to – I’ve got a five-year-old now. I still love the industry and we’re so lucky to be involved in an industry where everyone’s really passionate about the product – we’re not selling fridges or ball-bearings – we’re selling these incredible machines. I still love riding, even pushbikes – I love anything with two wheels really.

You said everyone’s really passionate about the product, do you think that translates from Triumph’s head office down to the crew on the floor in dealerships?

I think it does – I think it translates all the way from the factory to the dealerships. If you speak to anyone who works at this dealership, they’ll have a motorcycle project or two – they always do. Motorcycle people are an amazing bunch of people because they’ve always got something going on to do with motorbikes – it never really comes out of your blood.