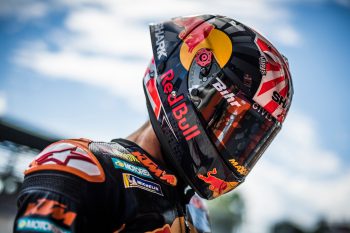 Zarco was sensationally benched by Red Bull KTM Factory Racing last month after experiencing difficulties adapting to the RC16, cutting his two-year deal short not even one full season in.

While the Frenchman was set to remain under contract for the rest of the year on the sidelines, the Austrian manufacturer has released him from his commitments, enabling the former podium challenger to take on the opportunity aboard an LCR Honda.

“What an opportunity to have the last few races of the season on the LCR Honda Idemitsu bike,” said Zarco. “I’m really thankful to have this chance, and I will do my best to pick up some good results and to enjoy the time, because these could be the last three races I can do for a while.

“I would like to thank KTM for releasing me so that I can do these races on another bike. Let’s see what I can do. First of all I know that I will enjoy the Phillip Island track, it’s a fast circuit and I think the feeling could be good.

“We’ll cross our fingers that it can be, and we will see what is possible. The target is to ride at a good pace, and rediscover some of the good feeling I’ve had before.”

Zarco will commence his first race on the Honda at Phillip Island before racing at Sepang and Valencia. It was announced yesterday that Nakagami has signed a one-year contract extension with HRC and LCR Honda.