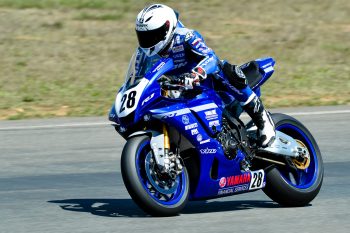 Wagner, who was sidelined for majority of 2019 with a shoulder injury, completed a private test at the New South Wales venue aboard the 2020 Yamaha R1, revealing he didn’t experience any pain or discomfort while out on the bike.

“It’s feeling really good at the moment,” Wagner told CycleOnline.com.au. “I’m actually in the hyperbaric chamber at the minute as we speak, trying to do a bit of extra healing while I have the chance.

“It’s feeling good, the surgery went well and the swelling is going down – on the bike, I didn’t notice it all. It’s definitely on the way up.”

The 25-year-old offered the same feedback as teammate Cru Halliday on the updated 2020 R1, which the team rolled out for the first time in ASBK trim last week. A positive outing has resulted in the outfit electing to use the new Superbike from Phillip Island’s opening round.

“I wasn’t quite sure what to expect and where the set-up would be, but immediately in the first few minutes, I had gelled with the bike,” he admitted.

“It felt really good, and the improvements Yamaha has made are noticeable – it’s a big leap forward from last year’s bike. The more we ride it, the stronger it’s going to become – I’m really happy with the package straight off the bat.”

Phillip Island’s round one will run alongside the Motul FIM Superbike World Championship.