LCR Honda's Nakagami on front row while Johann Zarco's ride to third is in vain with pitlane penalty. 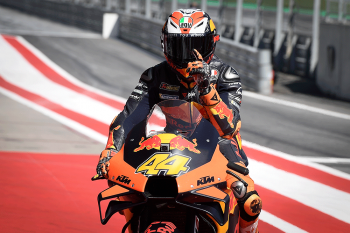 Pol Espargaro and KTM have broken new ground at the Grand Prix of Styria after Espargaro secured a maiden pole position for both himself and the Austrian manufacturer in the premier class.

Espargaro had to withstand a barrage of challengers including a stunning late charge from LCR Honda Indemitsu rider Takaaki Nakagami, who couldn’t quite convert in the final sector of his flying lap. He did secure his first ever front row start and is the only Honda in the top fifteen.

Polarising Frenchman Johann Zarco (Esponsorama Racing) forged his way through Q1 to record the third fastest time in Q2, but will be demoted to a pitlane start due to the penalty imposed for his involvement in the incident in last week’s race. Zarco’s performance is all the more remarkable given he underwent surgery on his broken scaphoid just two days ago.

Promoted to the front row will be Team Suzuki Ecstar’s Joan Mir, continuing his strong form at the Red Bull Ring after finishing on the podium last week. Heading up the second row is Australian Jack Miller (Pramac Racing) who suffered a nasty crash in FP3 and injured his shoulder. Miller sat out FP4 but still managed to qualify just 0.120s behind Espargaro.

While the factory KTM team celebrated with the performance of Espargaro, Brno winner Brad Binder is languishing on the fifth row, with Valentino Rossi (Monster Energy Yamaha MotoGP) just behind after falling during Q2 in his quest to progress to Q1. 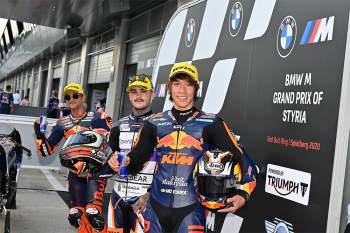 Rookie Aron Canet (Openbank Aspar Team) has claimed pole position in Moto2, taking his Speed Up machine to the top spot ahead of compatriot and Austrian GP winner Jorge Martin (Red Bull KTM Ajo). Team mate Tetsuta Nagashima completes the front row while Australian Remy Gardner (Onexox TKKR SAG Team) will start from sixth. His quest for back to back pole positions came to a halt when he crashed at turn three during Q2 with eight minutes remaining and couldn’t restart his bike.

All the drama began in Q1 for Moto3 after Jaume Masia (Leopard Racing) continued to ride around the circuit after crashing, leaving an oil spill behind him. This caused a delay and his disqualification from Q2. Gabriel Rodrigo (Kömmerling Gresini Moto3) eventually stole pole by a tiny 0.012s from Raul Fernandez (Red Bull KTM Ajo) with Tatsuki Suzuki (SIC58 Squadra Corse) completing the front row. 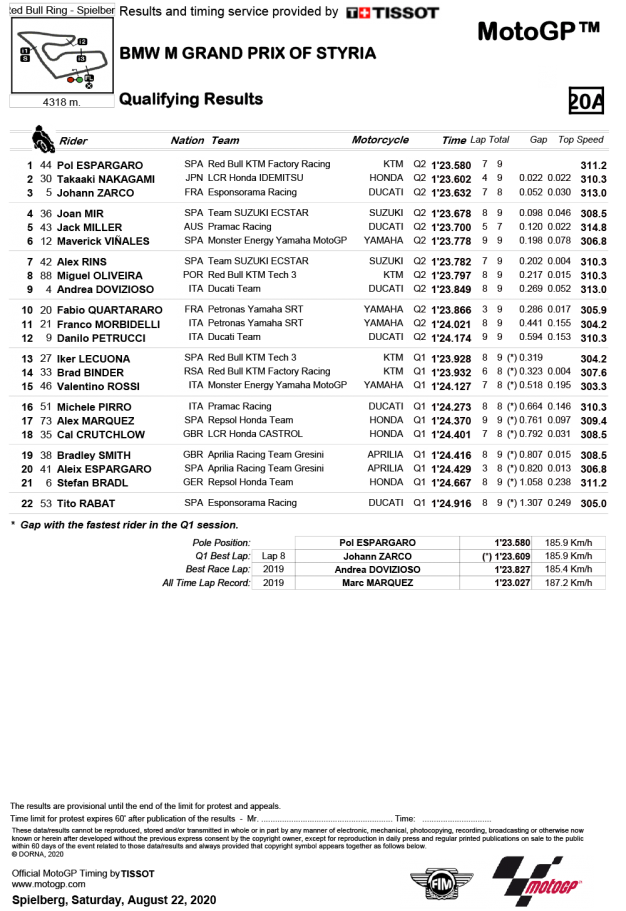 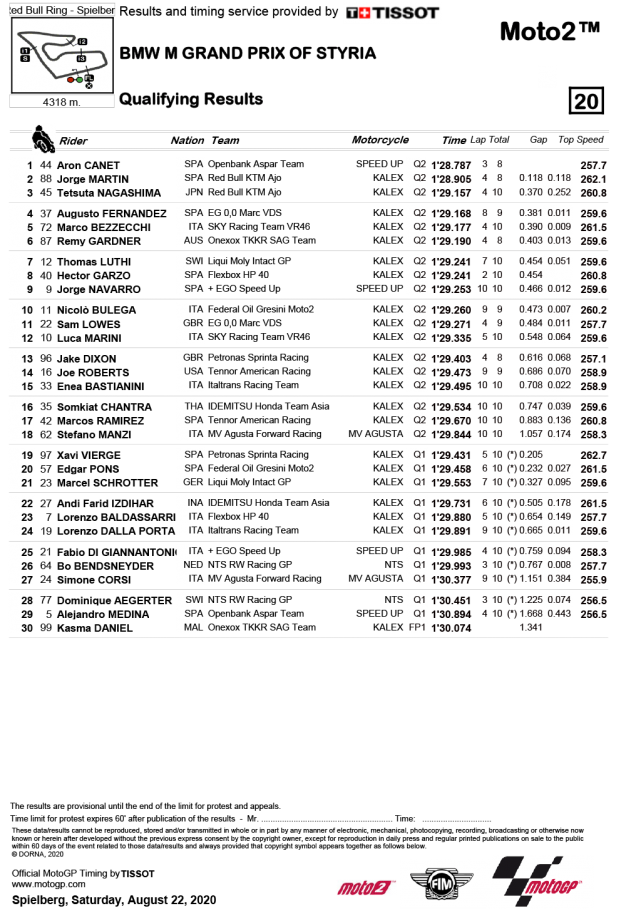 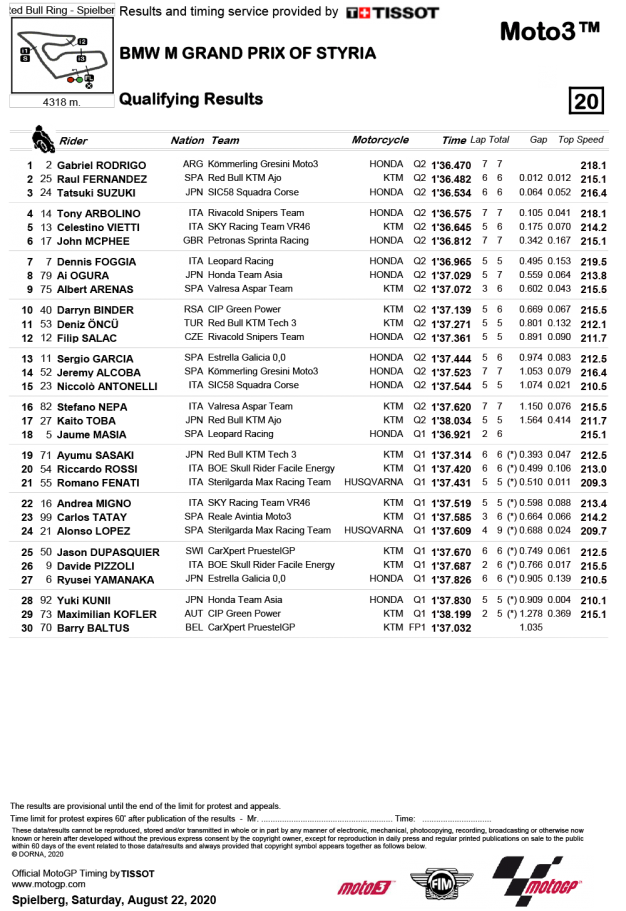