Success in Scotland for O’Halloran at Knockhill BSB

Double victory for McAMS Yamaha rider at round four. 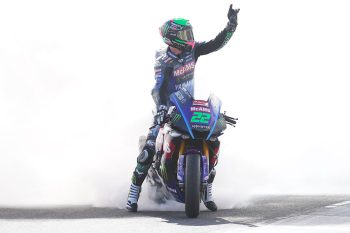 It was a successful weekend for Australian Jason O’Halloran at the fourth round of the 2022 Bennetts British Superbike Championship (BSB) at Knockhill, scoring a double victory to strengthen his championship charge.

The McAMS Yamaha rider missed out on pole for Saturday’s sprint race by just 0.005s and finished the opening bout in second.

Hungry for a maiden victory at the Scottish circuit, O’Halloran charged from fourth on the grid in race two to take the win by 0.7s, before securing the top spot again in the final race of the weekend.

“It’s been an incredible weekend, yesterday I was absolutely buzzing with second,” said O’Halloran. “This isn’t the best track for me, but I enjoyed the race yesterday and I was looking forward to today.

“The guys have done a great job with the bike, improved it a bit off the back of yesterday and it felt incredible and managed to get another pair of wins.

“We’ve had four wins in the last six races, six podiums from six races and we are closing down the podium points and championship leads.

“An awesome couple of weekends, I’m feeling super strong in the races, in complete control and I can’t wait to keep progressing and getting stronger as the season moves on.”

The number 22 is riding a wave of momentum, having found a setup direction in the final race of round two at Oulton Park which helped him score a double victory at Donington for round three, before the latest success at Knockhill.

He is second in the championship standings – 16 points from leader Bradley Ray – as the series moves to Brands Hatch on 22-24 July for round five.