Three days of coverage across multiple platforms for 2022. 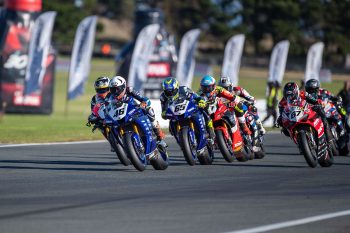 An expanded Mi-Bike Australian Superbike Championship (ASBK) broadcast schedule has been outlined for the fourth round of the 2022 series, commencing this Friday in Darwin with coverage provided on all three days spanning across Fox Sports and Channel 7.

In line with the two-plus-four event alongside the Repco Supercars Championship at Hidden Valley, ASBK riders will contest a slightly different format, which notably includes three races as opposed to the standard two, and a Darwin-only qualifying structure.

A replay of the ASBK action will be broadcast through SBS on Sunday, 3 July, at 1:00pm-3:00pm AEST. The Hidden Valley weekend won’t be aired on Stan Sport at this particular round, but will return for round five at Morgan Park in August.